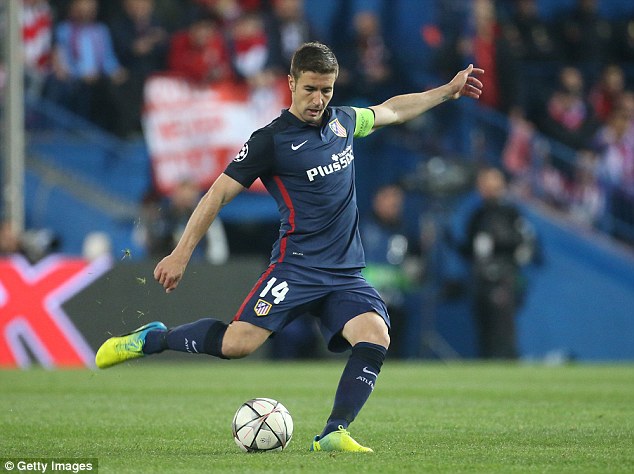 Two years on from their defeat by Real Madrid in the Champions League final, Atletico Madrid are back on the same stage against the same rival – wiser and determined not to be haunted by the memories of Lisbon.

Sergio Ramos’ 93rd-minute equalising header in 2014 snatched a maiden European Cup from their grasp, and Atletico were overpowered 4-1 in extra time. The fatigue from a gruelling season had finally caught up with them.

Seven days before that final, Atletico had played an energy-sapping 1-1 draw with Barcelona to clinch their first La Liga title in 18 years, and celebrations continued into the next week. Real had had an extra week to prepare.

‘When they equalised, we knew it was going to be really difficult for us because of our physical state and we were going to struggle,’ Gabi, the Atletico captain, said recently. ‘Real were the better team in extra time.’

Atletico’s ailing physical state then contrasts with their condition approaching Saturday’s final. Simeone can call on a full squad.

Real have mostly avoided injuries, too, missing only defender Raphael Varane. But Atletico have had an extra week to rest players after dropping out of the title race when they lost at Levante in their penultimate game.

‘We’re in better shape, we’re better prepared and many of us know what it’s like to play in a Champions League final,’ said Gabi, one of six members of the squad for the final who remain at the club.

‘You can’t erase losing a Champions League final,’ Gabi said. ‘But we have a great opportunity to play another one and make history for this club.’