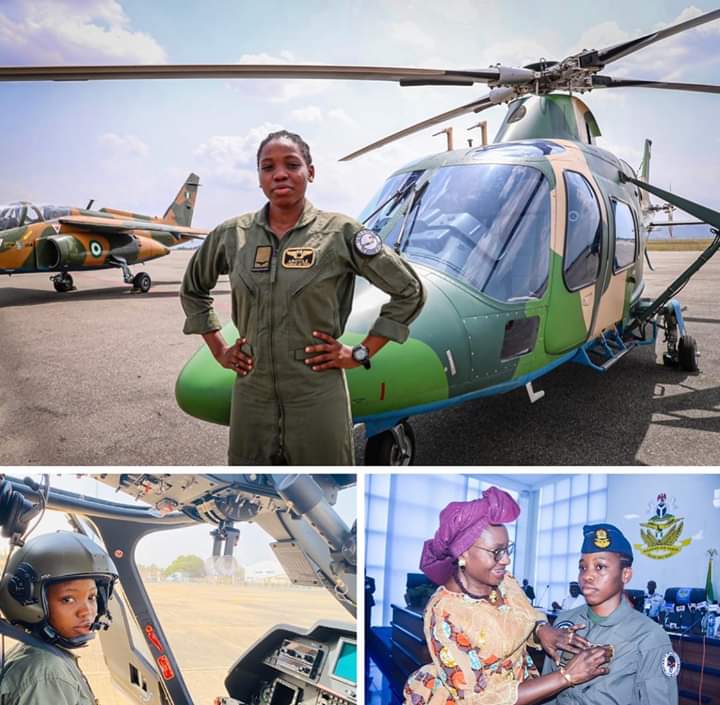 Two persons have been arrested as the Nigerian Air Force on Friday stated that it was investigating the circumstances surrounding the death of its Flying Officer, Tolulope Arotile, in a road accident.

The NAF Director of Public Relations and Information, Air Commodore Ibikunle Daramola, stated these in an interview, saying at the end of the investigation, “whatever information needs to go out will go out.”

The Air Force said the female officer sustained head injuries from the accident when she was “inadvertently hit by the reversing vehicle of an excited former Air Force secondary school classmate while trying to greet her.”

Arotile, a member of the Nigerian Defence Academy Regular Course 64, hailed from Iffe in the Ijumu Local Government Area of Kogi State, and contributed to the efforts to rid the North-Central states of bandits and other criminal elements by flying combat missions.

Speaking in an interview with SaturdayPUNCH on Friday, NAF spokesman, Daramola, said, “First of all, in my first statement, I said she died from a road traffic accident. I further clarified the nature of the road traffic accident where one of her excited classmates who saw her reversed his car which led to him hitting her and knocking her down. This led to head injuries and a lot of haemorrhaging which ultimately resulted in her death.

“The two boys are in custody and the NAF will do a thorough investigation into the matter. It is a routine process – our own processes that are ongoing because it happened inside a NAF base. At the appropriate time, whatever information needs to go out will go out. But we cannot pre-empt that investigation process.

“Whatever needs to be known will be known; it is standard practice. So, we are investigating the circumstances leading to her death by a road traffic accident. It is an investigation because it may go beyond NAF.”

Aliko Dangote, Aisha Buhari, Others To Be Honoured As Africa Goodwill Ambassadors