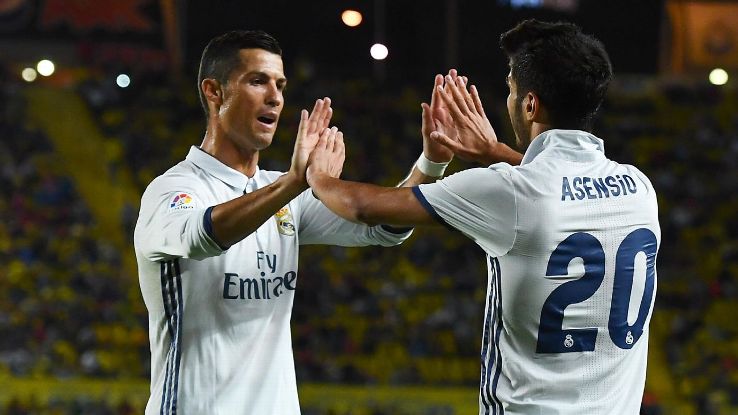 Real Madrid manager Zinedine Zidane has defended his decision to remove Cristiano Ronaldo in the second half of Los Blancos‘ 2-2 draw at Las Palmas on Saturday.

With 20 minutes remaining and his team 2-1 ahead, Zidane decided to remove Ronaldo and send on Lucas Vazquez, and the three-time Ballon d’Or winner did not look happy as he slowly took his place on the bench.

“It was not that [Ronaldo] was playing badly,” Zidane told reporters after the match. “We are playing on Tuesday and Cristiano must rest too sometimes. It was just for that. He was playing well. Tonight I took him off thinking of Tuesday’s game.

“Angry? That would be your interpretation. He always wants to be on the pitch. We have to take him out sometimes, and we did today. It does not change anything.”

Zidane had criticised his team’s first-half performance after their midweek draw at home to Villarreal, but rejected an idea that they had been similarly lacking in intensity for a second game in a row, adding that defensive issues leading to two goals conceded would have to be analysed.

“We had many chances in the first half tonight, also in the second,” Zidane said. “I do not believe we lacked hunger — just the opposite. We started well, pressing high, we did what we had prepared. But when they score twice — well something has happened, and we must analyse it.

“The second goal was not just one player’s mistake, it was a bit of everything. The team are working well, are committed to what we are doing. In football you cannot always win, but we are on the right path and we have a game on Tuesday which is coming up soon.”