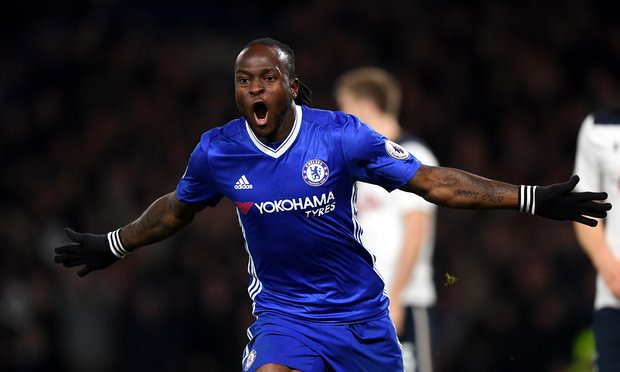 Chelsea’s Victor Moses has been named the PFA Fans’ Premier League Player of the Month for November.

Moses, 25, has impressed for the Blues this month, featuring in all three of their games — victories over Everton, Middlesbrough and Tottenham Hotspur — to help them to the top of the Premier League table.

The Nigeria international, who has been converted from a winger to a wing-back by Antonio Conte this season, scored the winner as Chelsea beat Tottenham 2-1 on Saturday.

Moses has excelled since being deployed at wing-back in Conte’s 3-4-3 formation, playing in all seven of the consecutive league victories following the Chelsea boss’ decision to change systems.

Moses’ prospects of establishing himself at Chelsea looked bleak before this season, having spent the last three campaigns out on loan at Liverpool, Stoke City and West Ham respectively.

Related Topics:ChelseaFANigeriaPFAVictor Moses
Up Next