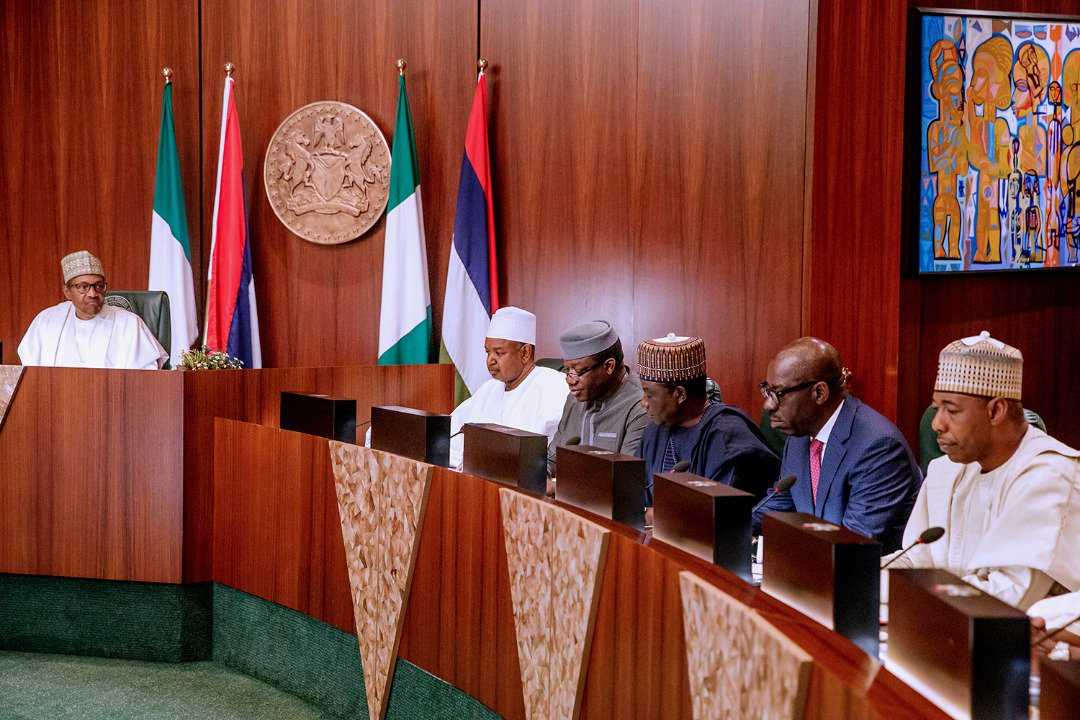 The Nigerian Governors Forum (NGF) says the agreement between the federal government and organised labour on consequential adjustments on the new minimum wage is not binding on state governments.

The NGF chairman, Governor Kayode Fayemi of Ekiti State, said this on Monday while briefing reporters at the end of a meeting of the 36 state governors at Transcorp Hilton Hotel, in Abuja.

The federal government and labour on October 18 announced an agreement on the implementation of the new wage.

The agreement over consequential adjustments averted a strike that labour had threatened to call should government further delay the take-off of the new minimum wage.

The Federal Executive Council (FEC) at its meeting on Wednesday presided over by Vice President Yemi Osinbajo approved the agreement and set dates for the take-off of the new wage and payment of the arrears.

FEC directed that the payment of the new salary structure should take effect from April 18 and the arrears cleared by December 31.

But Mr Fayemi said the agreement and directive apply only to federal workers.

“I am sure you know the FEC does not determine what happens in the states, the states have their own states executive councils and that is the highest decision-making body at the state level.

“The forum (NGF) as the representative body of the states followed what happened in the negotiations that transpired. As far as we are concerned, the best that the forum can do is stick to what has been agreed with states.”

Mr Fayemi said while the state governments have accepted the N30,000 baseline, each will negotiate with its workers on the implementation and the consequential adjustments.

“Every state has its own trade union, with a negotiating committee and they would undertake this discussion with their state government. That is simply what we have said.

“The day after the agreement was reached with labour, I was on record on Channels TV, and I made the position of the states clear that for us, we have always been clear that this was a national minimum wage increase, not a general minimum wage review.

“So to that extent, we do not want the media to confuse issues about a national minimum wage increase. And yes that may necessitate consequential increment and we have no doubt about that. But that is a matter for the states to discuss with their workers.”

Mr Fayemi assured that there would be consequential adjustments but that would be determined on a state by state basis.

”Every state has its own trade union, with a negotiating committee and they would undertake this discussion with their state governments. That is simply what we have said,” he said.

President Buhari signed the new minimum wage bill into law on April 18. But its implementation had been stalled over salary adjustments and disagreement between the labour unions and government representatives.

Specifically, the problem centred around the issue of relativity and consequential adjustments of salaries for various categories of workers.

The federal government then argued that the minimum wage was for junior level workers ( levels 1 to 7) and that salary increase for other categories of worker would have to be negotiated.

On May 14, the federal government inaugurated the relativity and consequential adjustment committee, which set up a technical subcommittee to work out a template for the adjustment of salaries of public service employees in line with the minimum wage law.

The controversy was resolved between both parties on October 18, following which FEC approved the implementation.

The labour minister, Chris Ngige, announced details of the agreement to journalists.

Speaking on behalf of the union, the president of the Nigeria Labour Congress, Ayuba Wabba, said both parties participated in the process and made input.

”We want our workers to be committed and increase productivity. The guideline will be transmitted to all state councils and they will work in harmony as well as TUC and NLC will work together,” he said.