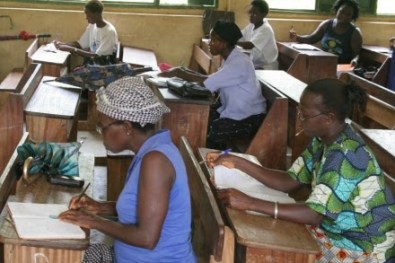 The House of Representatives Committee on Diaspora has appealed to the National Commission for Mass Literacy, Adult and Non-formal Education (NMAC) to utilise the 2019 budget allocation that was released to it.

The committee, chaired by Tolulope Akande-Sadipe (APC-Oyo), made the appeal during the commission’s budget presentation on Monday.

The Executive Secretary of the commission, Abba Haladu, a professor, said out of the approved budget of more than ?900 million, ?222 million was made available to the commission in September.

Mr Haladu said out of the ?222 million released, the commission had only spent ?8 million on planned projects.

The NMAC boss attributed the low expenditure to the late release of the budget.

“We are being pragmatic; all this may not have been if the budget had been approved and implemented.

“Like I said, next year, it is going to be different. We know that we are going to utilise the money before the end of the year.”

The committee, however, was bemused at the 2020 budget proposal of over ?1 billion presented by NMAC.

The chairperson of the committee said: “You have spent ?8 million out of ?222 million. If you had spent maybe ?120 million and there is some left, I can relate to that.

“When you look at the percentage of the amount utilised, relative to the release, there is a disconnect, a major issue about process flow. There are processes that should have happened.

“There are issues that have to be looked at with regards to your processes most especially when you said that there were priority projects and that’s why the diaspora project was not featured in 2019 because of those burning issues.

“For better efficiency going forward, something needs to be put in place.”

A member of the committee, Preye Oseke (APC-Bayelsa) also appealed to the leadership of NMAC to fast track the process of implementation of its projects.

“I stand with what madam chair said. You need to deal with your processes.

“Nobody is saying there is any fraud here; when once you make an appropriation and monies are released, you should fast track the processes of getting these projects executed.

“If you have money and the processes are not going well, it affects the entire system and the results you get as an agency will be less,” he said.