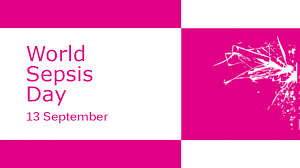 Sepsis remains one of the common least recognized illnesses that can lead to permanent disability or death, if not promptly detected and treated.

Dr. Kabara said according to the Global Burden of Disease Sepsis Report published in January 2020 estimated that 49 million patients suffers Sepsis every year.
“Sepsis can affect anyone as a consequence of infection” She added.

Adding that, globally, young people suffers much, where by Eighty five percent of people affected resides in low and middle income countries.

Dr. Kabara said according to Global Sepsis Report 2020, the overall incidence of neo-natal Sepsis is highest in low income countries.

Dr. Kabara stressed that Sepsis is preventable and curable but if detected promptly.

In his remarks, Dr. Kabiru Abdullsalam says the early diagnosis of sepsis is extremely important in timely detection of the ailment from reaching the stage capable of resisting any kind of medication.

Adding that, government is overwhelmed in the course of dealing with issues of provision of effective health care services delivery, he said” there is need for various stakeholders, community based organisations and philanthropists to compliments the ongoing efforts to stem the tide of the ailment – Sepsis.

Dr. Abdullasam further said even though, there is no precise database of number of patients grappling with the sepsis in Kano.

“But through the widening the scope of searching for precise figures in strategic hospitals in Kano, it would discovered that the number of cases dealt in Mallam Aminu Kano Hospital is just a tip of the iceberg” he said.

Sepsis is the life-threatening body response to an infection, normally occurs in the event of malfunction of body vital organs in a patient, such as lungs, kidney, and brain.

This year’s theme is One day – One vision – All year efforts.

World Sepsis Day is celebrated on 13th September every year.

Kano’s Traders Summit: Too many hurdles to cross