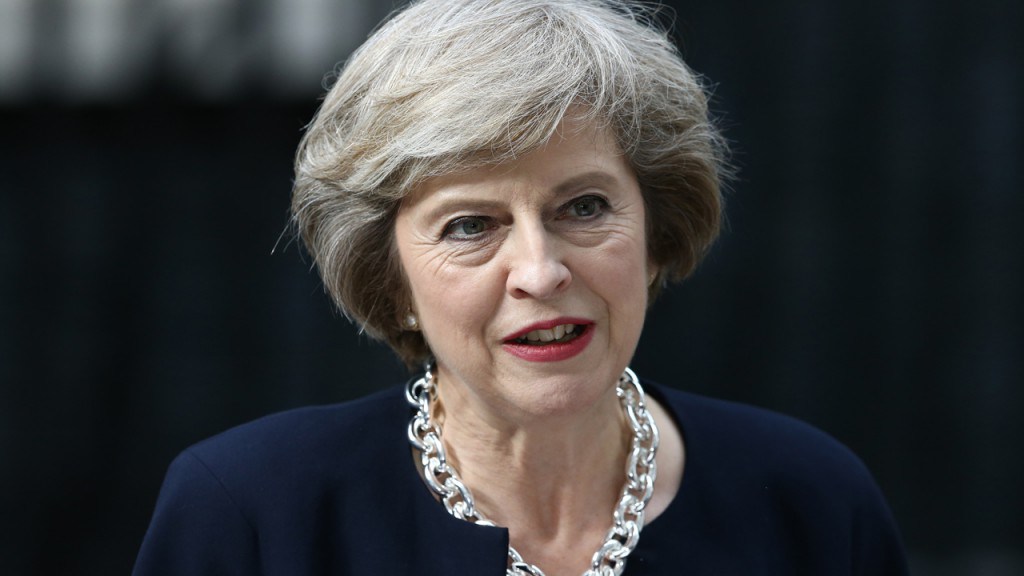 British Prime Minister, Theresa May, says she had an excellent time in Nigeria and hopes to see increased trade and investment between Nigeria and the UK.

She spoke with journalists at the Presidential Wing of the Murtala Muhammed Airport, Ikeja on Wednesday in Lagos, shortly before departing the country at 8:10 p.m.

“I was in Abuja and also in Lagos to see the thriving business community here.

“We want to see increased trade between Nigeria and UK, increased investment, bringing jobs here in Nigeria, jobs in the UK.

“This will be good for both countries and I have had an excellent time in here in Nigeria, and I am very pleased to be here today,” she told newsmen.

Governor Akinwunmi Ambode of Lagos State, who was at the airport to see her off, said the important visit centered on improving investment in the state and the country in general.

“She has visited Abuja earlier in the day.

“The important part of this visit was discussion on how investment in Lagos can be improved by British investors.

“We realise that Lagos is the commercial capital of Nigeria and a whole lot of British investment are domiciled in Lagos,” he said.

The governor said they spoke about how to improve investment planning and what Lagos has been doing to attract investors.

“She is ready to complement our efforts by opening up export credit facility and also with development finance to some of the things that we are doing in Lagos,” he said.

“We spoke about things related to technology, infrastructure and also the creative industry.”

On the relationship between Lagos and Britain, Mr Ambode said: “we need to make sure that a whole lot of British investment is coming to Lagos. She is willing to do more with us.

“You know, Lagos in 1861 was a British colony. The history has been so long, so, we also need to reactivate that,” Mr Ambode said.

NAN reports that the state government, in a statement by the governor’s Chief Press Secretary, Habib Aruna, shed more light on Mr Ambode’s discussion with May.

Mr Ambode, according to the statement, said that much of Nigerian education, cultural and political systems were influenced by Britain and there were more Nigerians living in the UK than elsewhere in the world.

The governor said that Lagos remained a place of choice for British investors, especially given that stability in the government, the size of Lagos economy and population, as well as the particular focus of his administration on the rule of law and justice sector reform.

He also said that it would be of particular importance to Lagos State if British investors could explore the various opportunities that exist in the state in the areas of energy, technology, export finance, infrastructure and the creative industry.

“So, we spoke about how we can improve the investment climate in Lagos and then the other parts of what Lagos has been doing to attract investors.

The governor expressed optimism in the strengthening of the relationship between Britain and Lagos and vowed that his administration would do whatever it takes to achieve that goal.

According to the statement, Ms May, on her part, said that export credit finance to the tune of 750 million pounds sterling, as well as a considerable development finance was available, which Lagos State could look towards.

She also spoke about the role Britain could play in the development of the technology industry in Lagos given the particular capability of the UK in that area.

The British Prime Minister also noted the special strength of the London City as a financial hub that could be of considerable importance for Lagos State, just as she emphasized sustainability and growth in Britain/Lagos relationship.

Finally, she expressed the desire of the British government to assist Lagos in the development of her creative industry and alluded to the fact that the jacket she was wearing when she met with the governor was actually made in Nigeria.

Israeli envoy urges Nigerians to be resilient against electoral violence