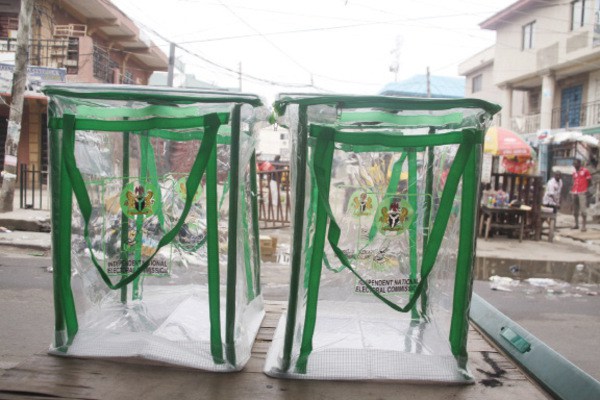 Ahead of the 2019 general elections, the Israeli Deputy Head of Mission, Nadav Goren, has urged Nigerians to be more resilient in opposing electoral violence, to ensure sustainable peace and progress in the country.

Mr Goren gave the advice at a briefing to mark the official inauguration of the first Old Testament Bible contest in Abuja.

The contest, scheduled to start in September, is jointly organised by the Embassy of the State of Israel in Nigeria, Christians United for Israel (CUFI) and Christian Association of Nigeria (CAN).

He said that the call for resilience against electoral violence had become imperative, to foster peace and unity ahead of the forthcoming polls.

According to him, as Jews and Christians have embraced Isaac as Patriarch while Muslims have tied their history to Ishmael, this passage has taken on new message of peace.

“We live in challenging times with conflicts at varying intensity levels in the North, East, Middle-belt, South-East region and Niger Delta.

“As we near elections here in Nigeria, these tensions are prone to show more and more.

“I call upon Nigerians to be more resilient in their opposition to violence throughout the electoral process and thereafter.

“In the face of these enduring tensions, including those between the two faiths, we must internalise that there is so much more that connects Christianity and Islam, than separates them.

“Isaac and Ishmael in the Bible came to a piece together in the light of their shared sense of purpose.’’

“I hope that the forthcoming Bible contest would engender a message of reconciliation and tolerance embodied in the theme ‘living peacefully in the Promised Land’.

“Reconciliation should reverberate throughout Nigeria as we move forward with the first National Bible Contest.’’

He said that the Bible contest was being organised to commemorate the 70th independence anniversary of Israel on May 8, 1948, and also celebrate 60 years since the commencement of the competition in 1958.

He noted that the contest, which would hold across all states of Nigeria, was open for people from 18 years and above, adding that registration was free on www.abuja.mfa.gov.il

He added that the contest was Internet-based and would hold at states, zonal and national levels respectively, adding that the final stage would be handwritten and held in November in Abuja.

Speaking at the event, Samson Ozoevehe, Executive Secretary of CUFI Prayer Outreach, said that the Bible competition would encourage reading culture and also promote peace and reconciliation in Nigeria.

“We will ensure to do all that is possible, by bringing on board all the relevant stakeholders to achieve the desired objective.

“This is an opportunity to demonstrate what we have been praying over the years; there is something that we seek to achieve, unveiling the truth, so that there can be genuine and peaceful resolution and reconciliation within every sphere and sector, not just in Israel, but in Nigeria,’’ Mr Ozoevehe said.

In a remark, Joseph Daramola, the Secretary-General of CAN, said that the collaboration between Israel and Nigeria would help to ensure the success of the Bible contest.

“By collaboration with you, I am convinced that God is going to do something for this country; not only this country, also for Israel.

The News Agency of Nigeria (NAN) reports that the high point of the event was the signing of a document to mark the official launch of the Bible contest.

Theresa May speaks on experience in Lagos, Nigeria