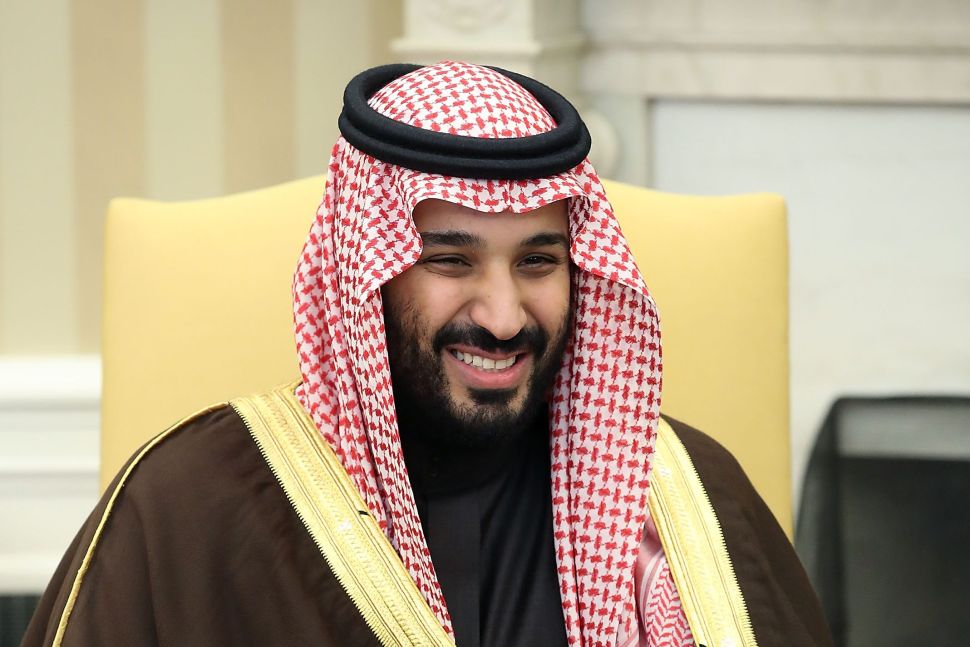 Saudi Arabia Prince, Mohammed bin Salman’s rumoured interest in buying English Premier League club Manchester United is false according to a denial issued by one of his ministers.

A report by British news outlet, The Sun claimed Bin Salman was readying a £3.8 billion ($4.9bn) bid – a deal that would give the Glazer family a huge £2.2bn profit on the club they controversially acquired for £790 million ($1bn) in 2005

The Glazers have struggled to win over the fans since they took charge of the club and takeover speculation has surfaced at regular intervals.

Prince Salman is the latest name to have been linked with an effort to buy the club from the current American ownership in Manchester.

Turki Al-Shabanah, the minister for Saudi media admitted via a tweet that a meeting took place between United representatives and the Gulf state’s royal investment fund, but only to discuss a potential sponsorship tie-up.

“The fact of the matter is that the club held a meeting with the public investment fund to discuss an advertisement sponsorship project.

“The Fund listened to the proposals as [it would] any other”.

The Red Devils also have a commercial partnership with Saudi Telecom and, at the time of the GSA deal, United’s group managing director Richard Arnold said: “The club has a long-standing relationship with Saudi Arabia and has over five million passionate fans in the region.

“Having the chance to help shape the football industry in the Kingdom is a great honour and it is something where we believe we can make a big difference.”

Welcome back, Serena: Williams in WTA Top 10 for first time as mother