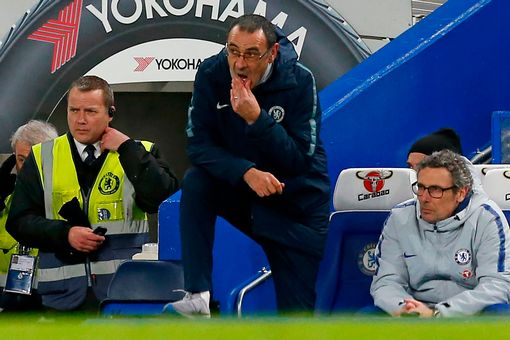 Maurizio Sarri has admitted that his side played “confusing football” in their 2-0 FA Cup defeat to Manchester United at Stamford Bridge on Monday.

The Italian was quick to add that he is not worried about fan unrest or his job despite the defeat.

“For everything, there is a first time,” he said after the game.

“I am worried about the result not our fans. Of course, I can understand their frustration. The result was not very good. We are out of the FA Cup.”

“We played confusing football in the second half but in the first half I think we played well.”

“We need more aggression and more determination in the situations inside our own box and inside the opposition box. The difference was there.

“We need to be faster, mentally and materially. We need more movements without the ball. We need less individual actions.

“When you have spaces, of course you can do individual actions. But when the situation is like it is in the second half, you need to move the ball faster and more movements without the ball otherwise it is impossible to score.”

“No, I was really very worried when I was in league two in Italy,” he said. “I am not worried now.

“It is not my problem. My problem is to work with the players to improve in a few days and find more determination and aggression.”

And when asked whether the Chelsea players are still with him, he added: “I think so. Of course, I am not sure, but I think so.”

Chelsea face Malmo in the second leg of their Europa League tie at Stamford Bridge on Thursday before taking on City in the Carabao Cup final on Sunday.