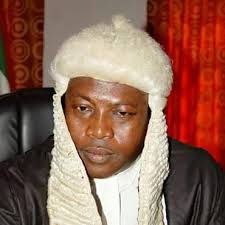 Rurum had on Wednesday made the disclosure in Kano while granting an exclusive interview with the legislative correspondent Adamu Aminu.

“It is widely and mistakenly assumed by many that politics is a rich-on-arrival and money-spinning venture, which someone can delve in purposely for self-enrichment” he added.

The newly-elect member billed to represent Rano, Kibiya and Bunkure federal constituencies emphasized that politics is not a medium whereby somebody’s livelihood will entirely depend on to survive, which he said, this is hugely risky.

Hon. Kabiru Allasan Rurum asserts that I do my business over the years and I was not carried away by politics at the expense of my business.

“But, is a huge task for anyone entrusted with people’s mandate to discharge the assigned trust with diligent and God-fearing, there is a day of reckoning to account all before the Almighty God” Rurum solemnly advised.

On the issue of mudslinging and character assassination among politicians during campaigning, Hon. Rurum lamented that the trend is quite unbecoming and entirely condemnable.

“Constructive criticism is highly permissible in politics, but overstepping the boundary of blemishing someone’s reputation to promote yourself or candidates of your choice is unwarranted” he suggests.

The Kano Speaker sternly advised fellow politicians to abide by the tenets of the game of mutual respect and to vow in setting the mindset of upcoming politicians to strive in building a better society, not to deviate by offering a filthy legacy that will make them foresee politics as a game of mudslinging and money-spinning venture of running flamboyant lifestyle.