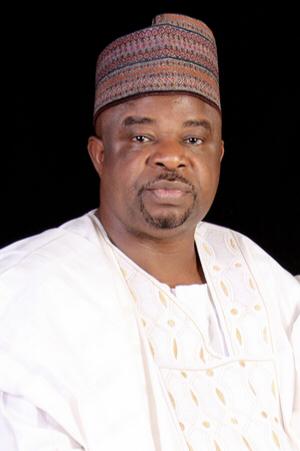 Nigerians from a variety of political perspectives are still coming forth with their various assessments of what might be the reasons behind the milestone victory of President Muhammadu Buhari in the last February’s elections.
?
The Deputy Speaker, Kano State House of Assembly Engr. Hamisu Ibrahim Chidari is not an exception, whereby he attributed President Buhari’s landslide victory was born out of his sincerity, magnanimity and his high hopes for the overall development of Nigeria.

Engr. Chidari made the disclosure in Kano, saying that in the last four years Buhari was tested on his kind of leadership delivered to Nigerians.

“That’s the rationale behind the reason why Nigerians gave him another Four-year mandate taking them to another level of continuous widespread of democratic dividends across the country” Chidari added.

He noted that President Buhari is called “Mr Integrity” not on a platter of gold or spontaneous liking, but for withstanding ravages of time and test since from the cradle stages of his military career till when he was transformed to “born-again democrat.”

While commenting on the gubernatorial and state assembly’s poll slated to hold 9th March, Chidari says undoubtedly by the will and grace of God, Governor Ganduje will win the forthcoming gubernatorial elections.

“Last February polls were a clear determinant paving the way for another sweeping victory for APC in the upcoming election next week” Chidari emphasised.

He noted that despite mudslinging and other stances to smear the image, Kano people have all the reason to re-elect Baba Ganduje for the second term to forge ahead in his developmental projects.

Been the longest-serving member for consecutive 5-year tenures in Kano State House of Assembly, Engr. Hamisu Ibrahim Chidari says it is glaringly obvious that there is no nook or crannies in his Makoda constituency which has not benefitted from his representation.

“That’s the reason they re-endorsed me to continue serving them” Chidari reiterated.

The forthcoming 9th of March gubernatorial and state assembly, particularly in Kano seems to be the final showdown between APC and PDP of Kwankwasiyya sect, who are battling for supremacy.

The winner among the warring side would hold the ace while the Vanquish will be permanently sidelined from the Kano political spotlight.

VIDEO: My wife and I have children outside marriage, says popular Abuja pastor, Joshua Iginla