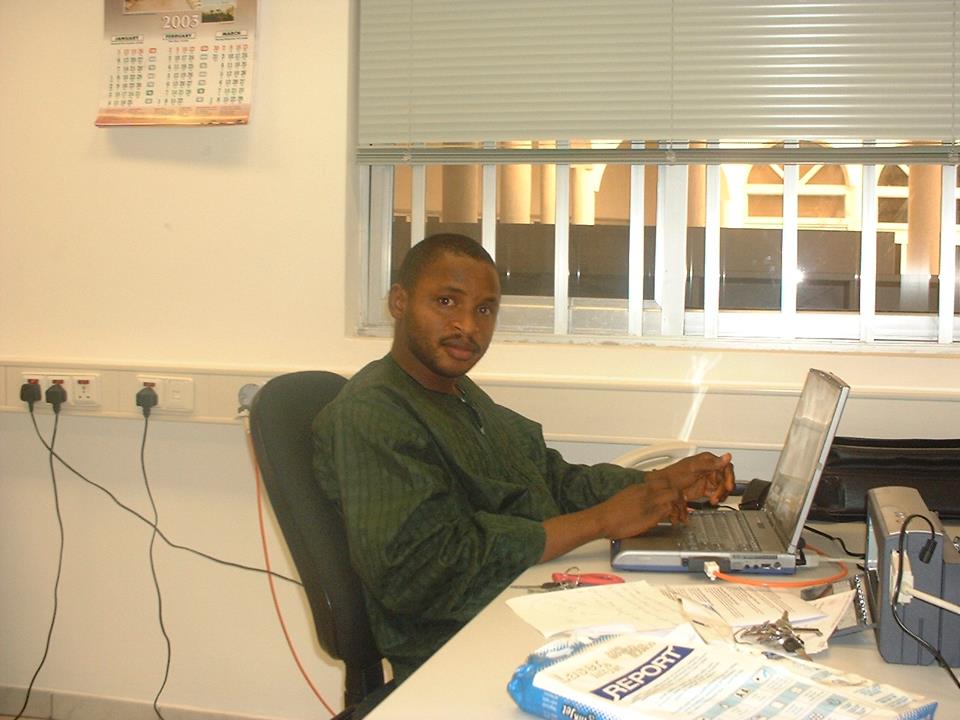 “See Tafawa Balewa during his annual leave in his hometown in 1963. The impostor in Aso Rock who calls himself a frugal, uncorrupt Mai Gaskiya goes to London to spend his annual leave at the cost of billions of naira amid biting poverty” – Farooq Kperogi

Above was a tweet by Farooq Kperogi. It was supported by a popular picture of late Prime Minister, Tafawa Balewa on vacation with his two children in his farm house. The purpose of the tweet was to denigrate President Buhari and promote him as a self-serving, corrupt and unconcerned leader. To reduce himself to the level of desperation that the only way left for him to demarket President Buhari is by childish quixotic comparison of the President and Sir Tafawa Balewa despite the sharp contrast in their social-political make-ups and situational differences, to say the least, Kperogi is a danger to his students.

I was amazed by Kperogi’s comparison for so many reasons but more by one. How does a single picture of late Tafawa Balewa in a farm house tell the whole story of his life as an equivalent of President Buhari in the context of Nigeria’s leadership? Was Kperogi saying Nigeria did not incur expenditures maintaining late Tafawa Balewa or what? Kperogi should have told Nigerians who picked the bills for Balewa’s numerous trips abroad and, he should also tell Nigerians if Nigeria would have allowed Tafawa Balewa to be wasted had he been afflicted with an ailment that requires medical attention lacking in Nigeria in his time. This is utter balderdash that one should expect only from “roadside” public affair analysts. Perhaps, Kperogi’s romance with the social media is finally taking its toll.

I’m happy, though, that the ‘fiery’ Kperogi is exhausted and clearly out of steam. He has been shooting aimlessly for long and now that the battle is about to begin he’s out of bullets and have to make do with stones. Of all the sensible issues he could pick to make enough sense to confuse his gullible followers, he picked the one that even the stupidest among them could easily puncture. I’m sure even dumbest among them could deduce that there’s a huge difference between President Buhari’s official and personal expenditure.

A lot of Kperogi’s “mumufied” followers could understand that the office of the President come stocked with inescapable legitimate advantages for which Buhari stand free of guilt if he enjoys. That’s not saying the funny figures Kperogi quotes to prove reckless expenditure of PMB each time he is high on whatever it is he’s abusing were true.

For instance, if President Buhari is an “impostor” for going to U.K. to seek medical attention as averred by Kperogi, what is he for escaping the Nigeria that gave him everything to seek better life in USA and have enough time to tweet intercontinental nonsense? I can’t recall reading Kperogi’s tweet when Stella Obasanjo (wife of his mentor) died in a foreign hospital in what was said to be a cosmetic surgery gone wrong. Late Yar’adua went to a foreign hospital before his death and Nigeria didn’t burn because to Nigerians – at least, Nigerians that dwell in Nigeria, not escapees living in foreign countries struggling to adopt borrowed traditions to belong, kindness is genetic and their systems are yet to be twisted to see it any other way.

President Buhari only went to UK to take care of a life threatening ailment which was beyond local doctors and the poor hospitals left behind unattended by his predecessors. It’s kindness to approve for President Buhari the latitude to seek for medical attention according to professional recommendation of his doctors. And if seeking for medical attention outside by Nigerians is such a “crucify him” anomaly, Kperogi should tell Nigerians which hospital he’s attending in Nigeria or, even more important, why he left Nigeria to seek for better life in USA. Was it not because Nigeria was destroyed by President Buhari’s predecessors?

It is asking for too much from PMB to sacrifice his life for avoidable reasons after making a bigger sacrifice of staking his life to fight for the existence of Nigeria when he was young. But for the sacrifices of people like President Buhari who went into the trenches to fight for Nigeria’s survival, would there be a Nigeria for people like Kperogi to be tweeting nonsense about? Nobody sensible should demand from President Buhari an unnecessary and clearly unreasonable sacrifice of staying in Nigeria to “just die” because Nigerian hospitals are ill-equipped. President Buhari first have to be alive before he exercise the power of the President in a manner that could make Nigerian hospitals functional. This is common sense 101 and “Professor” Farooq Kperogi or anybody not comfortable with it is free to rant until he/she blow his rooftop.

Farooq Kperogi is the least qualified Nigerian to preach “local content” patronage to President Buhari. Actually it’s the other way round. Had people like Kperogi listened to President Buhari’s call to stay in Nigeria and collectively salvage it together because “we have no other country” rather than escape to a greener pasture, Nigeria might have survive the assaults inflicted on it in succession. Many people would easily remember “Andrew”, the character caught at the airport “checking out” for a greener and “full option” country like Kperogi.

Kperogi have no moral right to berate PMB for seeking a dire medical attention abroad when he (Kperogi) could easily pack his bags and escape to USA to play second class citizen, toiling to make American Universities better when Nigerian universities that trained and equipped him are lacking lecturers. Leaving Nigeria for USA by Kperogi is nothing short of leaving a poor father who spent his little to train his child only for the child to abandon him and adopt a new rich father to live life to the fullest. And this fellow have the gumption and shamelessness to participate in debates concerning the welfare of Nigeria.

In any case, if Kperogi have to make comparisons to ascertain President Buhari’s cleanliness, shouldn’t he compare him with contemporaries that served in a Nigeria with similar situations. How about comparing President Buhari with Kperogi’s mentor, former President Obasanjo. Did President Buhari told anybody he had only N20,000 when he won Nigeria’s presidency and later found to be the owner of a multi-billion Naira farm? Did President Buhari muscled any state Governor, Bank Executive or business mogul to contribute to a dubious Presidential library? Where was Kperogi when Transcorp was floated by his mentor and through which Nigerians were duped? Where was Kperogi’s savviness and media prolificness when $16bn was said to have been spent to provide Nigerians with electricity yet, with nothing to show for the humongous amount?

With or without being a President, the sacrifices President Buhari made for Nigeria had earned him the best care Nigeria could afford. Most importantly, even if Buhari is an impostor, he is an impostor many are willing to buy. Be a local or American wailer, if you don’t like this, there are more than a thousand methods to commit suicide.