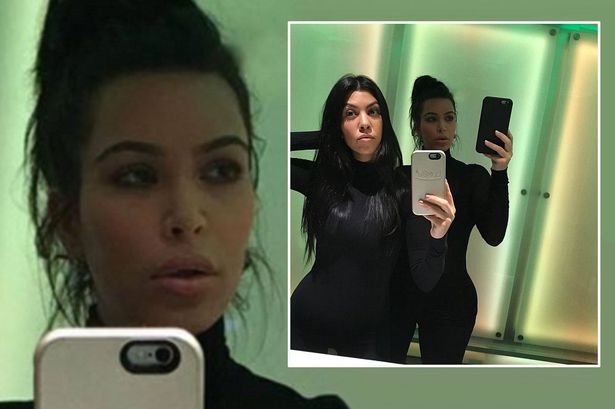 Kim Kardashian looks rather different in a new pic with sister Kourtney Kardashian.

Fans questioned why the star’s face appeared puffy in a bathroom selfie posted on Instagram today.

The brunette beauty can be seen pouting with her hair up while wearing all black as she showed off her post-baby body with her sibling in a matching turtle neck and trousers. 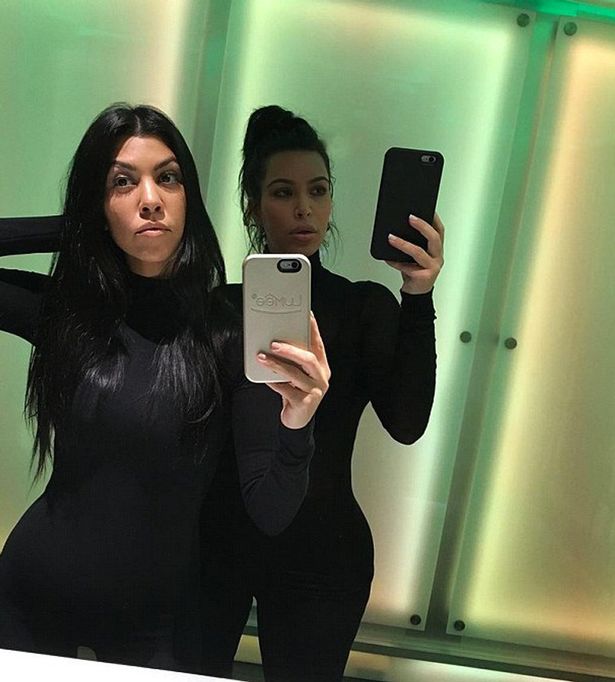 Kim K and Kourtney in the snap 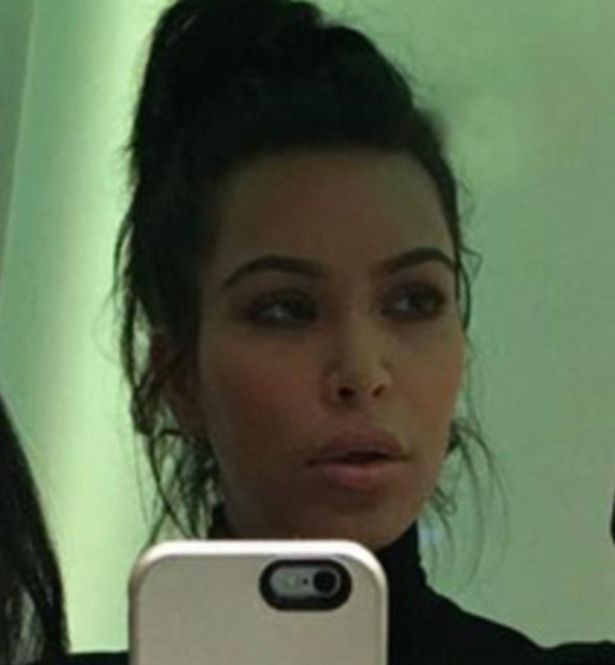 Kim, is that you?

One fan couldn’t help but post: “Kim kim @kimkardashian u used to veryyyyy prety girl..now omg what u do with ur face??? U nearly just look like donatela now (sic)”

Another wrote underneath: “Does Kim honestly think her face looks good? She ruined herself.”

Others were kinder, with one posting: “@kimkardashian looking amazing girl!!!!! @kourtneykardash, your always adorable!!!!!”

Mum-of-two Kim, who gave birth to son Saint West late last year, previously hit back at speculation she had had work done while pregnant.

She wrote on Instagram: “No I don’t do fillers or Botox when pregnant like some tabloids are reporting, you would have to be really sick to endanger your child like that!

“Anyone who has been pregnant or gained weight knows your face totally changes! My nose gets bigger, cheeks fuller & my lips swell up.”

And Yeezus rested! Kanye West brags he’s made ‘the best album of all time’ as he finishes Swish and shares track listing