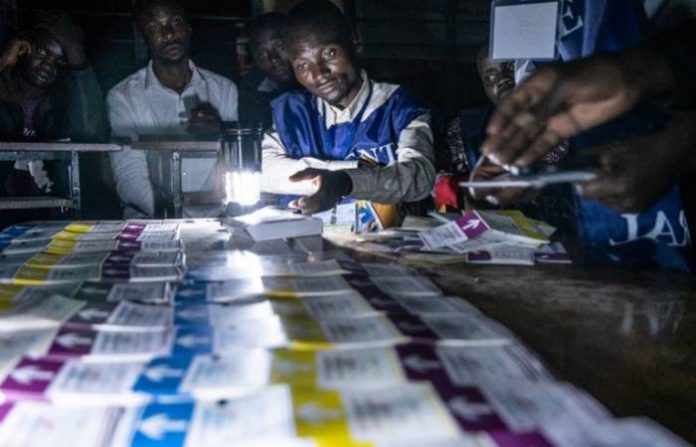 The opposition says the government ordered the move to avoid broadcasting its “victory.”

The internet has been shut down in key cities in the Democratic Republic of Congo a day after the much-delayed presidential election.

Opposition candidate Martin Fayulu’s campaign team accused the government of ordering the shut down to avoid broadcasting his “overwhelming victory” in Sunday’s poll.

Telecoms minister Emery Okundji said he was unaware of the situation.

Observers have complained of widespread irregularities during the poll.

Counting is under way, but provisional results are not expected until January 6.

President Joseph Kabila is stepping down after 17 years in office. He has promised DR Congo’s first orderly transfer of power since it gained independence from Belgium in 1960.

Kabila is backing his former interior minister Emmanuel Ramazani Shadary, who is the ruling party’s candidate.

What do we know about the shutdown?

In the capital Kinshasa, the internet has not been working since the morning while it is also down in the key eastern cities of Goma and Lubumbashi, which are seen as opposition strongholds.

Internet provider Global said in text messages to customers that the government had ordered the shut down, AFP news agency reports.

A representative from the Vodacom mobile phone network also said that the government ordered them to shut the internet down, AFP reports.

Another local observer group, Symocel, said some of its 20,000 agents were subjected to intimidation.

Many of those who cast their votes could not do so in secret, it added.

In a BBC interview Fayulu accused the military of “pushing” voters in some areas to cast their ballots for Shadary.

Tshisekedi accused Kabila’s government of creating a “mess” on election day in order to trigger legal challenges that would help the president remain in power.

President Kabila has insisted the election was free and fair.

Shadary told the BBC that he had won the poll because “I’m the only one who’s been campaigning in each of the 25 provinces of the country”.

Kabila took over from his assassinated father Laurent in 2001, but he was barred from running for another term under the constitution.

He was supposed to step down two years ago, but the election was postponed after the electoral commission said it needed more time to register voters.

The decision triggered violent clashes, as the opposition accused Kabila of trying to cling on to power.

The run-up to the poll was also hit by controversy over the exclusion of some 1.26 million out of an electorate of nearly 40 million from voting.

The electoral commission said voting could not take place in the eastern cities of Beni and Butembo because of a deadly Ebola outbreak in the region. Voting was also called off in the western city of Yumbi because of insecurity there.