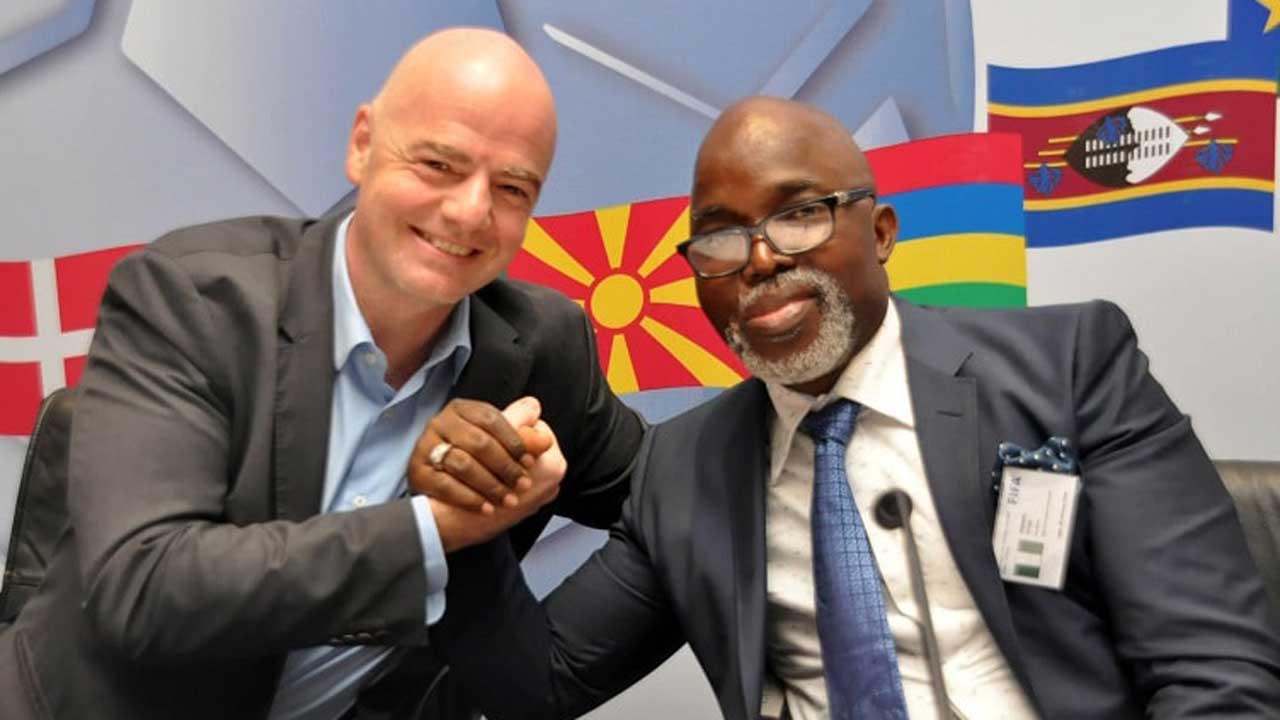 Gianni Infantino, FIFA president, has sent a congratulatory message to Amaju Pinnick on his re-election as the president of the Nigeria Football Federation (NFF).

In the poll conducted by the NFF electoral committee in Katsina, Pinnick swept aside three other contestants, earning 34 votes.

Second-placed Aminu Maigari got eight votes, with former international, Taiwo Ogunjobi, getting only two votes, while there was none for Chinedu Okoye.

In the letter addressed to the NFF and copied to the Confederation of African Football (CAF), Infantino congratulated Pinnick and other executive members who were elected and wished them the best of luck for the challenges ahead.

“Dear Pinnick, allow me to extend to you my warmest congratulations on your re-election as President of the NFF for the 2018 – 2022 period, at today’s NFF Elective Congress in Katsina State,” Infantino said.

“Also convey my congratulations to all your colleagues of the executive committee who were elected with you.

“I wish you and your team the best of luck, strength and every success for all the challenges that lie ahead.

“I look forward to continuing to work with you and seeing you soon to congratulate you in person.”