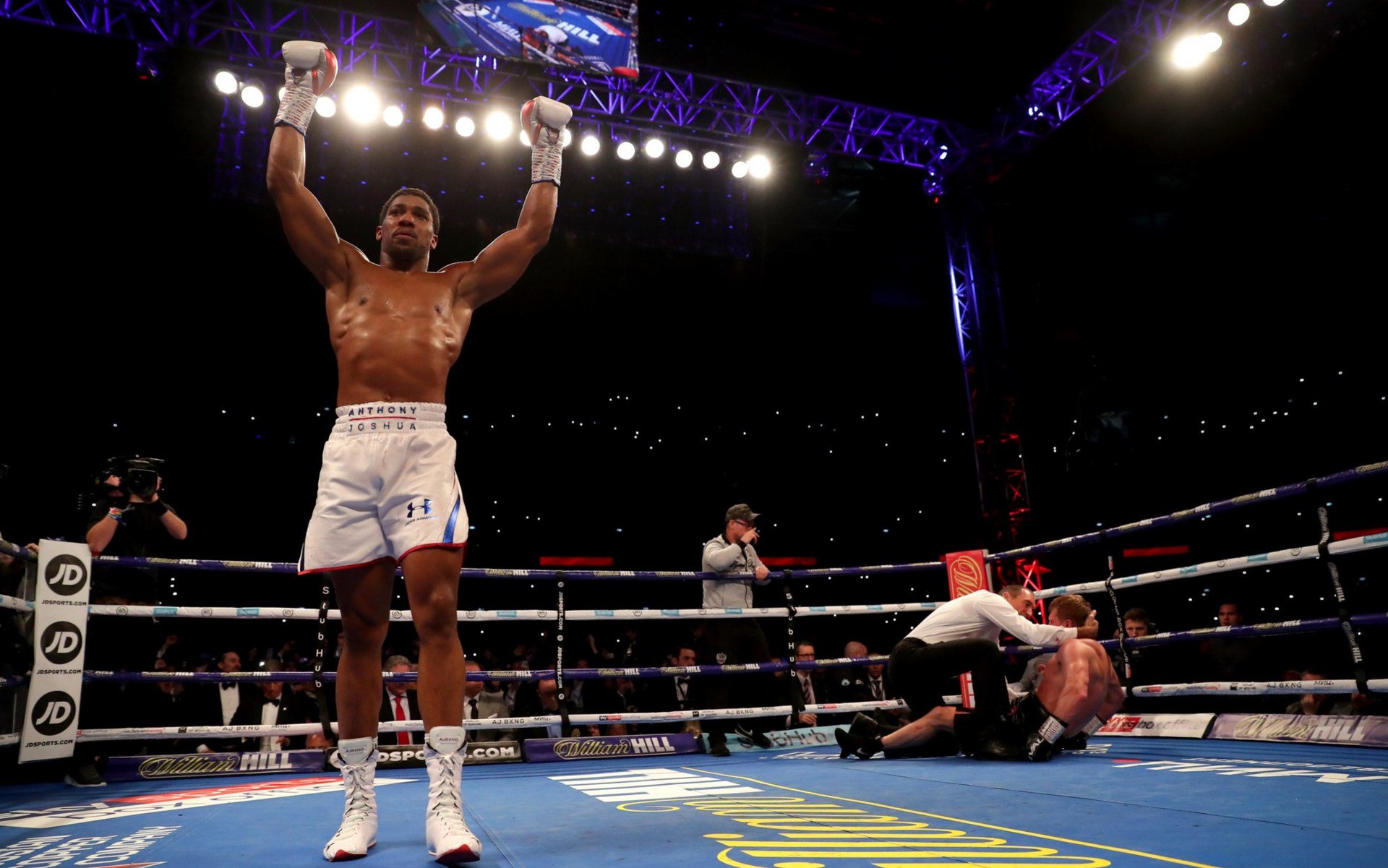 Anthony Joshua, British boxer, has beaten his mandatory challenger, Russia’s Alexander Povetkin by a knockout in the seventh round, to keep hold of the WBA, (Super) IBF, WBO and IBO belts.

Joshua born by Nigerian parents, beat the Russian at the Wembley Stadium on Saturday night, to hand the Russian, his first knockout defeat in his professional boxing career.

Joshua was very brutal punching Povetkin in the closing rounds, although Jovetkin got the better of him in the earlier rounds.

After two slower opening rounds, Joshua found his range in that fight. And it was a series of accurate combinations which did it in the seventh round, first with an overhand right and then some big lefts.

His win has improved his professional career to 22 fights unbeaten, 21 of the fights by knockout.

Joshua is expected to earn £20 million and Povetkin £6 million.

Ghana to host AFRIMA 2018 in November