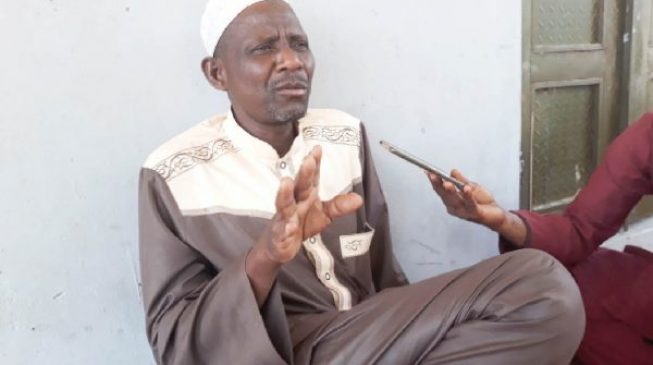 Ibrahim Abubakar, a Nigerian who was detained in Saudi Arabia for alleged drug trafficking, says he will never forgive those who planted hard drugs inside his bag.

Abubakar was arrested and detained by the Saudi authorities on December 26 alongside Zainab Aliyu, a  22-year-old student of the Maitama Sule University, Kano, who was also arrested for the same offence.

In an interview with Daily Trust, Abubakar said a man named Abdulkadir was the architect of his ordeal.

The government of Saudi Arabia released Abubakar on May 1 after he had spent four months in prison.

However, his nightmare started when some persons came looking for him in the night and was he arrested thereafter.

He said he was taken to the court where he was told that 1000 tabs of hard drugs were found in a bag with his tag.

“At the Malam Aminu Kano International Airport, one Alhaji Haruna, who was my guide, took me to a man called Abdulkadir, who was holding my passport. That was the first time I met him. I had a Ghana-must-go bag with three pairs of clothes and a copy of the Quran,” he said.

“I suspect that Abdulkadir was the architect of what befell me. Only God can exonerate him. I hold that belief because he was the one that handled my travel documents and all the processes.

“Zainab Aliyu and her family members were also onboard, but I didn’t know them at that time. At Madina, another person received us, saying we were his guests. Later in the night, I heard somebody knocking at the door. When I opened the door, I saw that person who hosted us, together with some people wearing Jallabiya. They asked whether I was Ibrahim Abubakar and I said yes. Our host asked me to give them my passport and I told him that it was in my bag under the bed. As I turned back towards the bed, they arrested me and handcuffed me.

“We were taken to court a number of times and there was an interpreter who explained whatever they said there. He told me that 1,000 tabs of hard drugs were seen in a bag with my tag. I told him that it wasn’t mine and I didn’t know how it happened. I don’t know who really did it, but I will never forgive him.”

Abubakar said he resorted to “constant prayers, invoking peace and blessings of Allah” while in prison.

He said he was the only Nigerian in prison, adding that the other prisoners could speak Arabic while he couldn’t, creating a language barrier between them.

“I was not able to eat to my satisfaction in prison, not because there was not enough food but because I was not used to their kind of food. I was the only Nigerian amongst them. Others were Saudis, Pakistanis, Yemenis, Bengalis and other nationals. They could all speak Arabic. I was the only one who couldn’t understand the language and none of them understood Hausa. So there was a language barrier between us.”

He said he was rescued through Zainab who told her father about him so that he could include him in efforts made to secure the release of his daughter.

But after their release, unlike Zainab who was received by the Nigerian embassy, his case was different. He said he was released without guidance, didn’t know his way around and could only speak Hausa.

However, after moving around for some time with a Senegalese man who was also released from prison at the same time, he met some Nigerians at Khartina, who took care of him. Then the embassy heard of him and sent a vehicle to pick him.

Abubakar said he would never go back to Saudi Arabia if he had another opportunity. He advised travellers to always “pray hard” for God’s protection.

He also advised those involved “in this kind of heinous activities to desist from it and seek for other lawful means of livelihood”.

Buhari: N’assembly’s adjustment of 2019 budget may affect its implementation