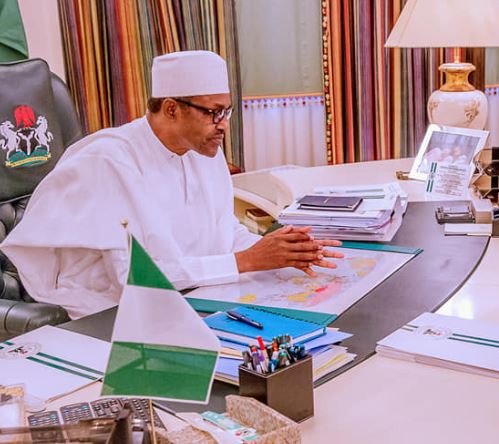 President Muhammadu Buhari says the N90 billion which the national assembly added to the 2019 budget may affect its smooth implementation.

The president said this on Monday while signing the N8.92trn appropriation bill into law.

Buhari, however, expressed concern over the adjustment in the budget, saying it would make it difficult for government to realise its set objectives.

“Of course, some of these changes will adversely impact our programmes, making it difficult for us to achieve the objectives of the Economic Recovery and Growth Plan,” he said.

“Although I will be signing this bill, it is my intention to engage the national assembly to ensure we deliver on our promises.

“I will, therefore, be engaging with the leadership of the ninth national assembly as soon as they emerge, to address some of our concerns with the budget.”

Buhari also lauded the leadership and members of the national assembly leadership for the efforts they put in passing the budget.

He said his administration will look at how to improve the budget process in order to speed up its consideration as well as return the country to the January to December fiscal year timetable.