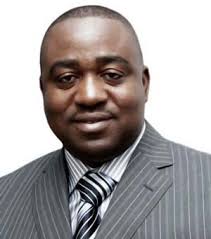 Investigation has revealed that Gabriel Suswam, the former Governor of Benue State, and the judge overseeing his trial for corruption at the Federal High Court in Abuja, Justice Ahmed Ramat Mohammed, have entered into an illegal financial agreement to give Mr. Suswam a “soft landing” from his charges.

Mr. Suswam was charged last year with embezzling and laundering N3.1 billion which he stole from Benue State as Governor from 2007 to 2015. The Economic and Financial Crimes Commission (EFCC) first arraigned Mr. Suswam in November, 2015 following a lengthy interrogation of both him and his former Finance Commissioner Omadachi Oklobia.

Sources, requesting anonymity, have disclosed to that as early as October, 2015 Mr. Suswam began plotting to compromise the imminent legal proceedings against him initiated by the EFCC.

One source reported that “I was brought in early to help give [Governor Suswam] a soft landing” and that would include using legal contacts in Abuja to reach Justice Mohammed and make a deal in favour of Mr. Suswam.

It will be recalled that, on November 10th 2015, the EFCC issued a statement that Mr. Suswam had his case docked before Justice Mohammed in the Federal High Court for nine counts of corruption. During this first public appearance, Mr. Mohammed granted bail to Mr. Suswam in the sum of N100 million.

According to one source, speaking on the condition of anonymity, Mr. Suswam began attempting to develop ways to influence Mr. Mohammed before their public appearance at the Federal Court in November. In doing so Mr. Suswam, who desired to have lenient bail conditions from Mr. Mohammed, offered to pay 10, 000 Euro and N2 million naira in cash as a “gift” to pay for medical bills of Mr. Mohammed’s relative.

“This was the first transaction between [Governor Suswam and Justice Mohammed] and would help ease the future relationship between them,” the source revealed.

Investigation found that one Hannatu Peters, who works at the Federal High Court in Abuja, played an instrumental role in facilitating the deal between Mr. Suswam and Mr. Mohammed. During a phone conversation with Mrs. Peters she acknowledged that she works for Mr. Mohammed at the Federal High Court and that she does know Mr. Suswam, but that she never arranged a deal between them.

However, sources explained that Mrs. Peters acted as an intermediary on behalf of Mr. Mohammed to Mr. Suswam and certain associates.

It was also explained that both Mr. Mohammed and Mr. Suswam initially used these associates so they could plausibly deny ever making contact with one another should details of this transaction leak to the public.

It was gathered that a tentative meeting was to be scheduled with intermediaries of Mr. Suswam and Mr. Mohammed between December 18th and December 22nd, 2015 in Abuja to discuss details of an arrangement. This meeting, however, never took place because both men reportedly felt comfortable enough meeting one-on-one at a later date.

According to text messages and sources with knowledge of the arrangement, Mr. Suswam and Mr. Mohammed met one another in Abuja on December 28th 2015.

A source reported that the meeting would finalize financial arrangements between the two men and to “coordinate legal proceedings” to give Mr. Suswam a soft landing.

“[Mr. Mohammed] advised Suswam on what to say to his legal council” when arguing Mr. Suswam’s case in court, a source told SaharaReporters. It was through this synchronization of efforts that would allow Mr. Mohammed to anticipate his subsequent rulings and swing the progress of the trial in Mr. Suswam’s favor.

This same source said that “three-hundred thousand dollars $300, 000 was to be given to the judge as good faith” to their agreement. The $300, 000 was to be part of a the total sum of $1.5 million that Mr. Suswam was to bribe Mr. Mohammed in exchange for a favorable ruling.

Following this meeting, Mr. Suswam and Mr. Mohammed formally exchanged numbers and agreed to have the $300, 000 delivered the next day.

A thirty-minute conversation with Mr. Suswam about these allegations during which he completely denied these allegations. He described this story as “blackmail” but could not identify who was trying to blackmail him or specific reasons for it.

However Mr. Suswam repeatedly shielded Mr. Mohammed from this report saying, “he should not be brought into this at all.”

Mr. Suswam continued defending the judge and added, “for them [the blackmailers] to now to start blaming the judge who does not know anything about what you’ve said I do not think it is fair.”

It will be recalled that SaharaReporters has previously reported on the dubious dealings of Justice Ahmed Mohammed as it relates to crimes committed by Senate President Bukola Saraki. SaharaReporters revealed on September 20th, 2015 that Mr. Saraki, Mr. Mohammed, and the former Attorney General Mohammed Adoke colluded to “force agents of the special fraud unit [which had discovered enormous banking fraud by Mr. Saraki] to abandon the senator’s loan fraud case.”

Justice Mohammed would later involve himself in Mr. Saraki’s legal troubles when he attempted to derail the senator’s Code of Conduct Tribunal in September 2015. However, following reports, Mr. Mohammed ceased his attempts to interfere with Mr. Saraki’s CCT.

The discovery of this deal between Mr. Suswam and Justice Ahmed Mohammed is the latest following a crackdown by the EFCC on Nigerian justices and Senior Advocates. The disparaged Senior Advocate of Nigeria, Rickey Tarfa, was docked by the EFCC in March this year for attempting to derail cases through shady dealings with Federal Justice Mohammed Yunusa. Mr. Tarfa also bribed two other judges—Justice Uwani Abba-Aji of the Court of Appeal and Chief Judge Ibrahim Auta—so that he could receive favorable rulings, according to the EFCC.

Another lawyer, Joseph Nwobike, was also charged by the EFCC for bribing Mr. Yunusa in February of this year, according to reports at the time.

All attempts to reach Mr. Mohammed by phone about these developments were unsuccessful as at the time of publication.