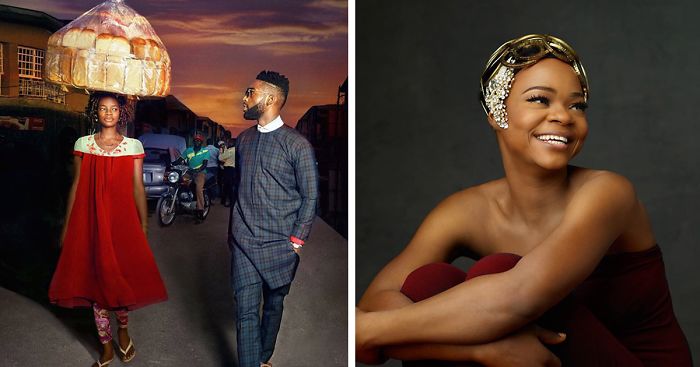 The fairy tale rise-to-fame of Olajumoke Orisaguna, popularly called Jumoke the bread seller, in 2016 inspired millions of Nigerians, captured the interest of international media and served as a prayer point for many who desired such overnight transformation and distinct favour.

However, fortune smiled on Olajumoke as her image was found amongst the photos during editing.

Bello then had to search for Olajumoke and this started the journey of the poor bread seller into the limelight.

Olajumoke appeared on the cover of magazines and this paved way for her as many people were interested in her and she was later employed as a model by several organisations. She later got modeling jobs in some major companies, presenting shows and featuring in many programmes.

Her grass to grace story was reported in various media sources and outlets including CNN and BBC Africa.

Subsequently as companies trooped in to tap into her overnight brand success to favour, the 31-year-old, also known as Nigerian Cinderella, the bread seller, got a five-year rent of a fully furnished apartment sponsored by Sujimoto, a luxury apartment construction company in Lekki area of Lagos.

Series of accompanying developments saw the fortune of the bread seller take a rise and progression, and she was then the talking point for most people everywhere, and she even turned to prayer points in many homes and churches.

Three years down the line, things are not as sweet as expected for Olajumoke Orisaguna.

It appeared that, when all the media and concentration were all over her, those accolades and attention got to her head and pride started to set in.

Unconfirmed reports had it that Olajumoke is now struggling financially and economically and her relationship with her husband, Sunday Orisaguna, with whom she has her two children, is about to crumble.

The husband allegedly lamented that he helps her babysit and takes care of the children, when the going was smooth and rosy and that despite her coming home late at night he still endures and understands with her.

Sunday also reportedly complained that he is often kept out of the loop of Olajumoke’s activities.

Sources said that Sunday complained that life has been incredibly tough, and that help is farther from him because many people assume that Olajumoke has made it big, and that automatically he’s also rich, but that things are not actually what people think they are.

It was gathered that as against the promise of Sujimoto that Olajumoke would be given an accommodation in Lekki area of Lagos, she was given a house in Yaba area of the state and that the apartment was even below the expected standard.

Olajumoke at a point in time spoke of her desire to have a home of her own before the existing rent expires in a year and half and to establish a haircare business by the start of 2020, but this seems to have gone with the wind as it was gathered that the lady has no means of renewing the rent unless a miracle happens before then.

We were also informed that all the organizations that employed Olajumoke as model shortly after she rose to stardom did not renew their contracts and that “the lady has now been left in the cold.”