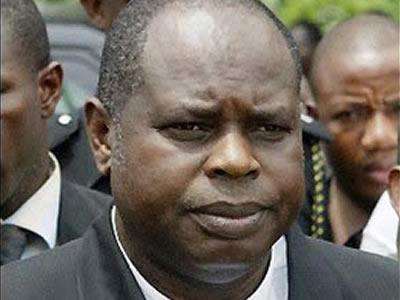 The Court of Appeal sitting in Port Harcourt has ordered the late former governor of Bayelsa State, Diepreye Alamieyeseigha, and his wife, Margaret, to vacate a piece of land in the Ovom area of the State.

The judgment was delivered by Justice Theresa Ngolika Orji-Abadua in an appeal instituted by Stodie Ventures Limited against Mr. Alamieyeseigha and Margaret.

Stodie is a company owned by Bolere Ketebu, former member of the House of Representatives.

The case was filed for the firm by Doueyi Fiderikumo, the Managing Solicitor of D.D. Fiderikumo & Co.

The company first sued Mr. Alamieyeseigha and his wife at the State High Court in 2011, challenging their occupation of the said land and seeking to return it to its rightful owner.

It also asked the court to restrain the former governor and his wife, their servants, and agents from committing further acts of trespass on the parcel of land and demanded N100 million damages for trespass.

However, the High Court dismissed the suit in 2012 on the grounds that Stodie failed to prove its case by providing credible evidence as required of it by law. Stodie filed a notice of appeal on March 29, 2012, asking the court to set aside the judgment of the lower court and uphold its prayers.

According to the judgment, which was read by Judge Orji-Abadua: “It is thoroughly reprehensible that the first defendant, who was the governor of Bayelsa State as at the time the said compulsory acquisition was made seemingly for an overriding public interest later allocated the said land to himself and his wife, who was then first lady of Bayelsa State.

“No government or individual has any right to acquire land compulsorily and alienate or transfer it to another private individual or body for his or its private use.

“I would rather say in passing that the purpose for which the government can compulsorily acquire lands are clearly defined in the Act and do not include acquisition for the purpose of making a grant to a third party.”