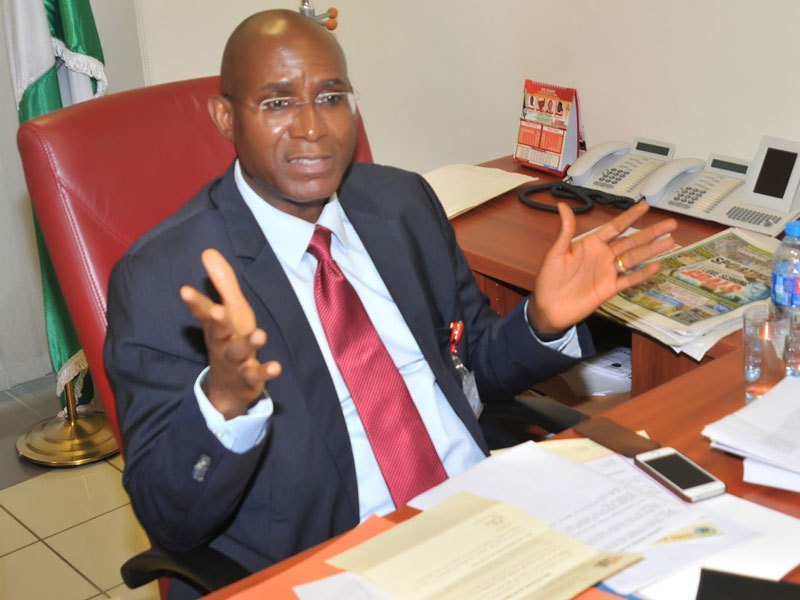 Much has been written and said about the sad incident of the invasion of the hallow chambers of the Senate of the Federal Republic of Nigeria and the carting away of the mace by some suspected hoodlums about the time Senator Ovie Omo-Agege, the senator representing Delta East, who was sent on suspension by the Senate arising from a recommendation of some members of the Senate Committee on Ethics and Privileges, got into the chamber.

While the outcry over the disappearance of the mace was trending heavily, another report hit the airwaves to the effect that the senator representing Lagos West, Adeola Solomon aka Yayi narrowly escaped being kidnapped by the perpetrators of the invasion, while escaping from the National Assembly.

An eyewitness and a legislative aid of a National Assembly member also from the South West however, faulted this claim and told us exclusively that Senator Yayi should’ve rehash his ‘story’ well before releasing it to the newsmen.

“I think we should have the fear of God, when we’re talking or craving publicity. I witnessed the whole drama from the beginning to the end and it was obvious what the mission of the invaders was.

“He quickly ran back and instead of entering his car, he entered the car of the ‘boys,’ who were looking for an alternative route to escape as they knew that the main gate was already a no go for them. He was already in the car, and out of a confused state of mind, before realizing his mistakes and quickly made his way out of the car,” said a source.

The source added that if the boys wanted to use anyone as human shield, Yayi inadvertently offered himself and they would have driven with him.

“So let’s get the facts right and not try to cry wolf, where there was none. Everyone is free to associate with anybody or group, but there should be honour even among thieves,” the source stated.