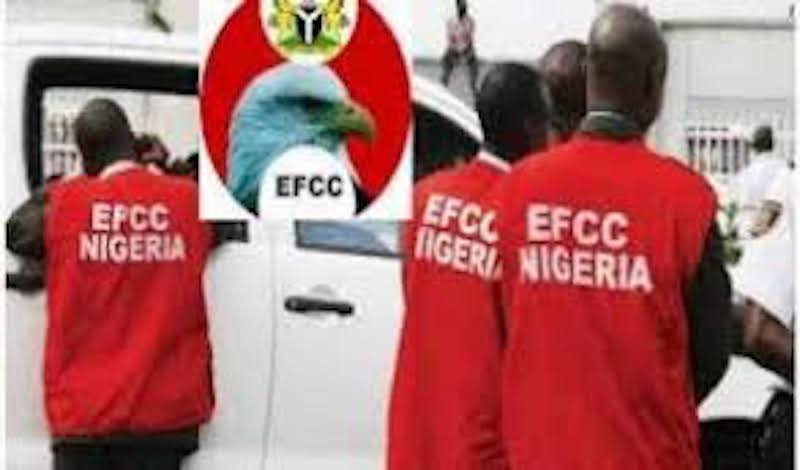 The Kano Command of the Economic and Financial Crimes Commission, EFCC, has arrested six suspects for allegedly stealing the sum of N15, 708,904( Fifteen Million, Seven Hundred and Eight Thousand, Nine Hundred and Four Hundred Naira) belonging to a grandmother.

The arrest of the suspects was occasioned by claims of a petitioner, Abdullahi Umar who alleged that, sometimes in September 2021, a total sum of N15, 708,940 was fraudulently withdrawn from his mother, Hadiza Salisu’s account, domiciled with Union Bank Plc and transferred to accounts in different banks.
EFCC’s investigations showed that, one of the suspects, Almustapha Nasir, a grandson of the victim, stole his grandmother’s SIM card and phone number linked to the bank account and gave it to one of the suspects,Hamza who specializes in hacking people’s accounts.

Through Hamza’s hacking skills, the entire sum was withdrawn from the grandmother’s account.

The suspects will soon be charged to court.