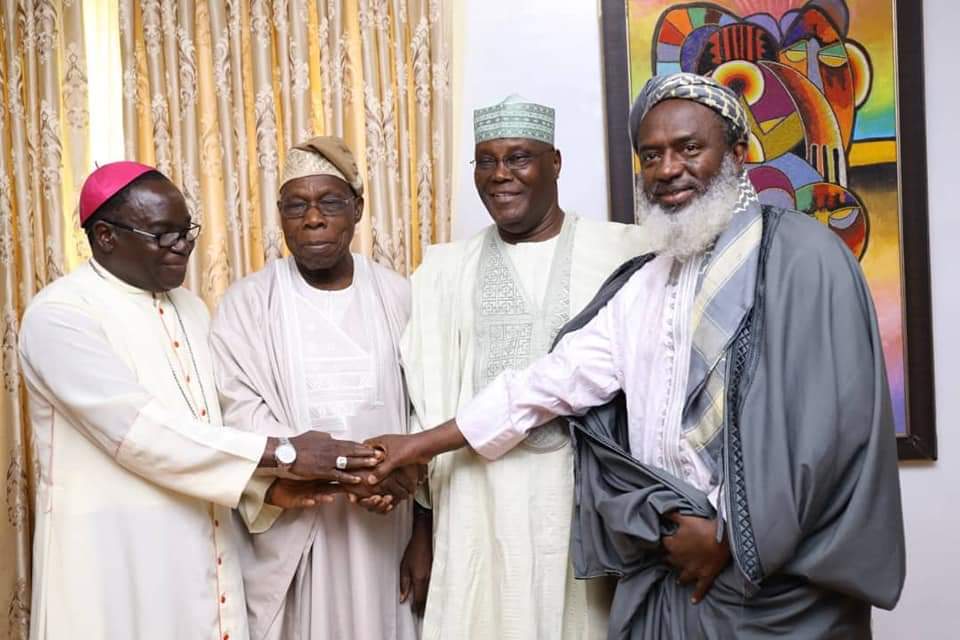 The Buhari Media Organisation (BMO) has demanded the withdrawal of the Catholic Bishop of Sokoto Diocese, Matthew Kukah, from the National Peace Committee led by former Head of State, Abdulsalami Abubakar.

The group made the demand in a statement jointly signed by its Chairman, Niyi Akinsiju, and Secretary, Cassidy Madueke, in Abuja on Wednesday.

The group said that the demand became necessary as a result of Mr Kukah’s open display of support for the presidential candidate of the Peoples Democratic Party, Atiku Abubakar.

But Mr Kukah had earlier explained that his involvement was spiritual, and not political.

It noted that the Abubakar-led committee is one that should be seen to be non-partisan because of the role it was meant to play in the run up to the 2015 and 2019 general elections.

“We are surprised, like many Nigerians, to see Bishop Kukah in the company of the opposition candidate at a reconciliation meeting with former President Olusegun Obasanjo,’’ the group said.

The BMO also observed that Mr Kukah later on claimed to be the strategic mind behind the reconciliation which it believed was targeted towards bringing the two parties together to fight President Muhammadu Buhari’s administration.

“This is not expected of a clergyman who is seen in some quarters as the alternate head of the National Peace Committee.

“He has shown his bias and as such cannot be trusted to be non-partisan,” the group said.

BMO dismissed claims by the Catholic Bishop that he was not aware of the political nature of the gathering as tales that no one will believe.

“The clergyman was the key figure behind the reconciliation and did (he) this knowing that Atiku was a PDP presidential aspirant.

“And if it is true that Bishop Kukah is insisting that he was only exercising his right to free movement, we are also demanding that having shown his hand, he has no reason to sit on a panel that is meant to be non-partisan,” the statement read in part.