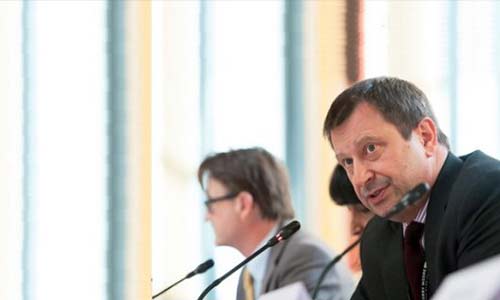 Paul Arkwright, UK high commissioner to Nigeria, says the implementation of the executive order six is very important in the federal government’s fight against corruption.

On July 5, President Muhammadu Buhari signed the executive order to restrain owners of assets under probe from carrying out further transactions on such assets.

The president said the measure is to stop the suspected corrupt persons from using their proceeds to pervert justice.

Following a recent court judgement affirming the legality of the order, the president directed that some 50 Nigerians should be placed on watch list.

Garba Shehu, presidential spokesman, had said those affected will be restricted from leaving the country until the corruption cases against them are concluded.

In an interview with Channels, Arkwright said implementation of the order will help root out corruption in Nigeria.

“I’ve heard that this is an anti-corruption measure, it’s not for me to say who should or should not be on the list,” he was quoted as saying.

“But what I would say is that it’s very important in continuing this fight against corruption and rooting out corruption where it is happening.”

Two lawyers have appealed against the judgement upholding the order.