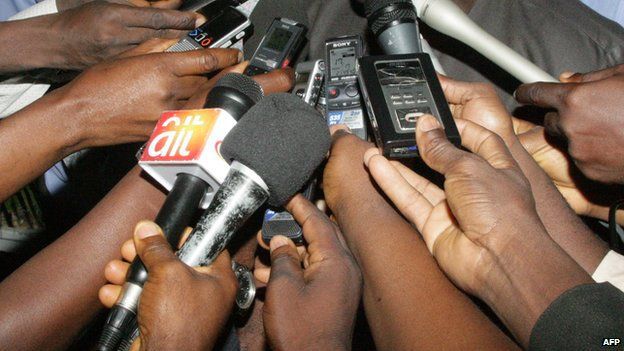 The Committee to Protect Journalists (CPJ) says no fewer than 262 journalists were jailed in 2017 for “doing their work”.

The group said at an event on the sidelines of the UN General Assembly on Friday that journalists were regularly threatened, attacked and killed, and also being imprisoned in record numbers around the world.

CPJ is a U.S.-based non-governmental organisation promoting press freedom and advocating for the rights of journalists worldwide.

It warned that these practices undermined not only the fundamental human rights of the reporters themselves, but also the public’s right to receive and impart information.

According to CPJ, at the end of 2017, 262 journalists jailed included over 70 in Turkey, 40 in China, and 20 in Egypt, while about 52 per cent of those jailed were behind bars because of their reporting on human rights violations.

A May 2018 report by the UN Educational, Scientific and Cultural Organisation (UNESCO) mandated with safeguarding the freedom of the press and the safety of journalists – decried the rise in the arbitrary imprisonment.

UNESCO stated that “arbitrary imprisonment of journalists, which fosters self-censorship and impinges on the public’s right to access information, has reportedly continued to rise.

“Many governments have maintained that particular journalists have been imprisoned for reasons unrelated to their journalistic work”.

“Increasingly they also bring ‘fake news’ charges against journalists who contradict official statements. They try journalists in military courts, they hold them in pre-trial detention indefinitely.

“These are all actions that contradict international human rights law, and the standards set by the UN”.

Article 19 of the Universal Declaration of Human Rights, guarantees the “freedom to hold opinions without interference and to seek, receive and impart information and ideas through any media and regardless of frontiers”.

The universality of this was reinforced in the 1966 International Covenant on Civil and Political Rights.

In 2013, the UN General Assembly declared November as the International Day to End Impunity for Crimes against Journalists, which is increasingly observed across the world.

The event at UN headquarters on Friday highlighted in particular five cases of journalists currently imprisoned, including Alaa Abdelfattah from Egypt, Azimjon Askarov from Kyrgyzstan.

They were sentenced to seven years in jail on charges of violating the country’s Official Secrets Act while covering the story of a massacre of Rohingya men by the Myanmar military in September 2017.

“Their conviction and draconian seven-year sentence are a travesty of justice and it is up to the government to set them free,” their legal counsel, world-renowned human rights lawyer, Amal Clooney, told the meeting at UN Headquarters.

Early September, the UN High Commissioner for Human Rights, Michelle Bachelet, said the two journalists’ coverage of the massacre – for which the military subsequently admitted responsibility – “was clearly in the public interest as it may otherwise never have come to light”.

She called for their convictions “to be quashed and for them to be released, along with all other journalists currently in detention for their legitimate exercise of the right to freedom of expression”.

The UN warns that the “imprisonment of journalists for their legitimate work not only fosters a culture of self-censorship but also impinges on the broader rights of society to obtain information”.

I am not new in politics, says ex-IGP