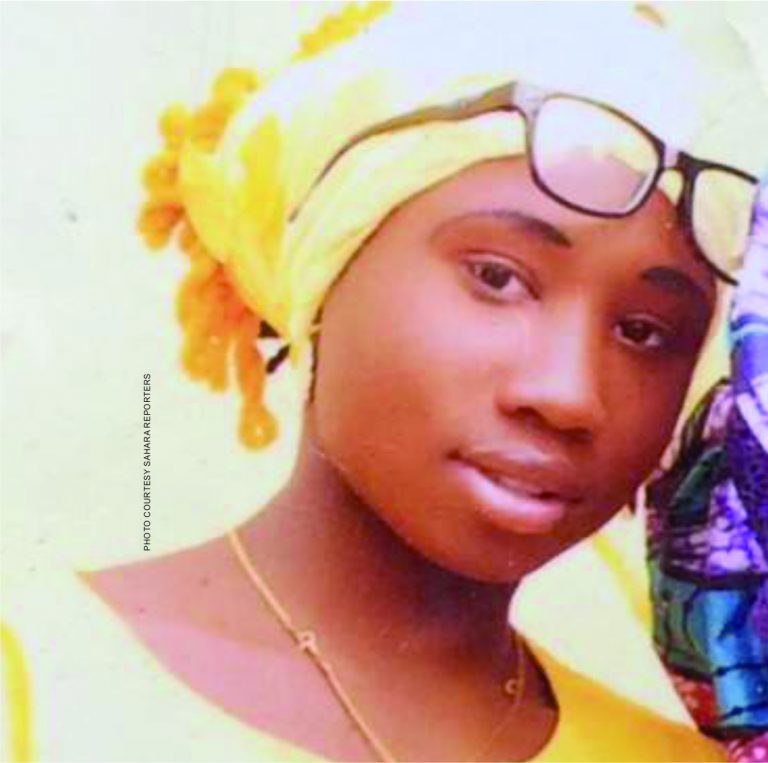 Rebecca Sharibu has appealed to the federal government to save Leah, her daughter who is still in Boko Haram captivity

The insurgents had threatened to kill Leah in October if their demands are not met.

Leah was among the students kidnapped in February from Government Girls Secondary School, Dapchi, Yobe state.

All the abducted girls were subsequently released, except five who reportedly died in detention, but Leah was held back for “refusing to renounce her faith”.

Leah’s mother broke down in tears at a press conference on Saturday, appealing for the release of her daughter.

“I am here on behalf of my family, particularly me and my husband to plead with the entire world, most especially the federal government, President Muhammadu Buhari, Vice-President Yemi Osinbajo, and the secretary to the government of the federation (SGF), to please do whatever they can to ensure that Leah is released,” Rebecca said.

“A threat has been sent out that with effect from October 2018, Leah Sharibu would be next in line to be killed. I am pleading with the Federal Government to do whatever they feel should be done to release Leah before the expiration of the ultimatum.

“Monday will be October 1. It is our desire that anybody that can do anything to free Leah should do that. We thank the entire world, most especially Nigerians for standing with the family and for their prayers on our behalf.”

Nathan, Leah’s father, said he does not know if the government and the insurgents have reached an agreement.

“They said the federal government did not respond to their demand; but we didn’t know what it is all about,” he said.

“Since this thing happened, the federal government has not listened to them. So, we don’t know what they mean about that one.”

He pleaded with the government and international community to ensure the release of his daughter.