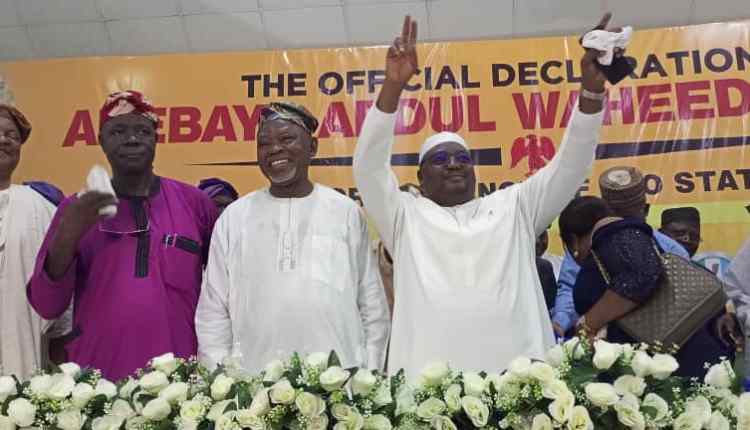 The candidate of the All Progressives Congress (APC) in the 2019 Governorship election in Oyo State, Chief Adebayo Adelabu, popularly called Penkelemes on Monday said that Governor Seyi Makinde of the state is not good enough.

Adelabu made this known, while expressing his readiness to throw his hat in the rings for the second time to govern the Pacesetter state.

Adelabu spoke at a press conference, where he officially declared his intention to contest the election on the platform of the APC.

He noted that Makinde, had in the last three years popularised thuggery, hooliganism, insecurity, dirty environment in the state, adding he is on a mission to put government business, where it should be.

He said that the “various maladministration of Governor Makinde in the last three years caused many people who formed the coalition that gave him victory in 2019 to leave the ruling Peoples Democratic Party (PDP) in the state for the APC.

He said; “It is the mission of the incoming APC Government, to be led by me by God’s Grace from May 29, 2023 to put government business where it should be in the service of humanity in Oyo State.

“We are not going to advertise payment of salary as achievements because it is not. The real achievements lie in the actual vitalization of departments of government to produce useful services, projects and programs for the people.

“Workers will be made to see internal satisfaction in their work, not the exterior satisfaction of salary. I have genuine intentions to use my brain, disposition , training, experiences and ideals towards the advancement of my dear state.

“The pedigree of my forbears is to stare straight into the treacherous face of naked power and speak the truth to it unequivocally.

The APC aspirant also presented a seven-point agenda to correct what he described as misrule of Governor Seyi Makinde in the state.

He said the current government has done less than 10 percent, adding that he was so pleased that he contested the 2019 election with Governor Makinde, but that the governor has shown all he could do in the last three years.

He said he is so committed to the state and believed so much in it, which was why he had over 90 percent of his business interests in the state, describing himself as the highest employer of youths in the state.

He said many of those jostling for the governorship seat lack the corporate acumen and ability to manage a complex state like Oyo, challenging other contestants to come open with their track records of service in both public and private sectors.

He said that he dropped his career as a Deputy Governor of the Central Bank of Nigeria (CBN) because of his love and passion to serve his people and make a difference, which he said was why he refused to lobby for any appointment, but that he decided to stay back with the people of the state, studied the government, and be more prepared for the assignment in 2023.

The seven points agenda as presented by the former CBN Deputy Governor include: security of lives and property; mechanised agriculture and poverty alleviation; as well as jndustrialization and employment creation.

Others areas are: healthcare, education, environment and good governance and innovative ideas.

The leaders at the meeting in their separate remarks commended Adelabu for standing for the party and showing commitment over the years, noting that the party had learnt from the mistake it made in 2019.