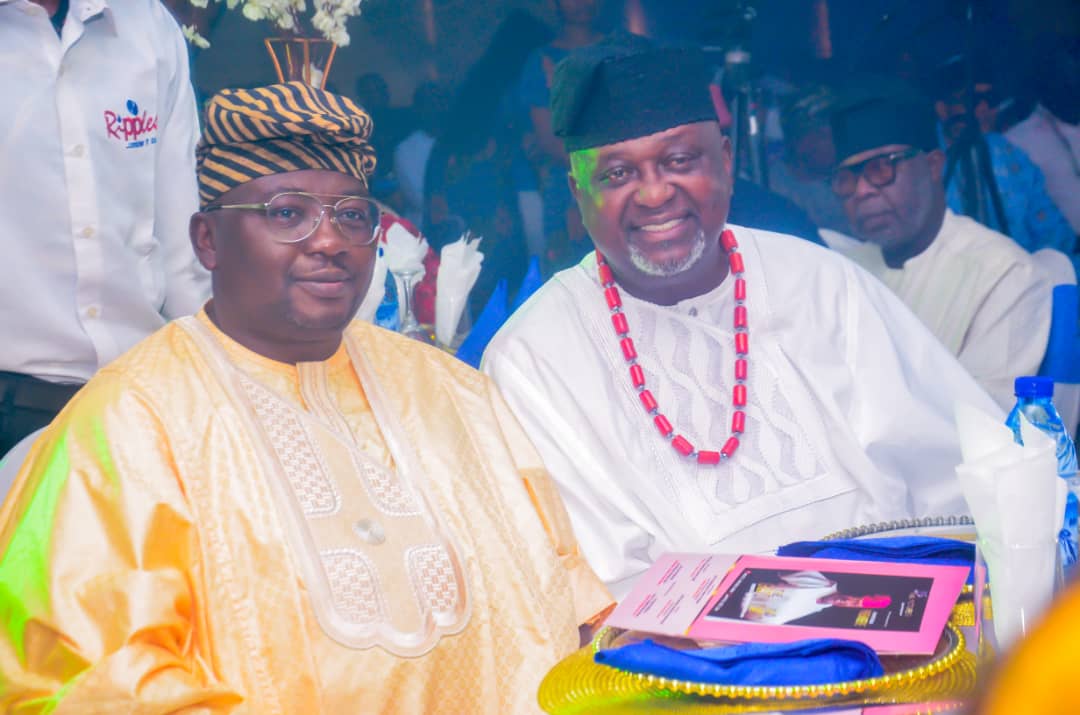 Dignitaries across the country stormed Ibadan, capital of Oyo State to grace the premiere of Oko Iyawo (The Groom), a movie produced by Otunba (Dr) Akintola Akin-Lewis. Fta, tdg.

The premiere, which took place on Sunday in Ibadan was also used to celebrate the 49 years on stage of the movie icon.

Among the high profiled personalities that graced the event were His Imperial Majesty, Oba Babatunde Enitan Ogunwusi, Ojaja II, Ooni of Ife, who was represented by one of the Obas in Ile Ife, the Elerinmo of Erinmo kingdom, His Royal Highness, Oba Michael Odunayo Ajayi, Prof Amb. Oluwatoyin Ayinde Agidi, and gubernatorial candidate of the All Progressives Congress (APC) in Oyo State in 2019, Chief Adebayo Adelabu (Penkelemesi).

The Chief Launcher, Amb. Oluwatoyin Adigi donated scholarship awards to Akin Lewis to study in Canada, and gave Toyota Corolla to the wife of the actor, while he further gave Lewis a 350 Lexus Jeep, 2m cash and two bedroom flat.

Amb. Agidi also gave the actors, actresses and members of the planning committee of the premiere two bedroom flat each.

On his part, Chief Bayo Adelabu donated N1.5m. to the actor to appreciate his efforts in the theatre industry.

The movie legend started his professional career in theatre in 1973, when he joined Odu Themes, a theatre group led by Prof. Bode Sowande of the then Department of Threatre Arts, University of Ibadan. He later joined NTV Ibadan in 1977 where he further trained as an actor, producer and director.

Otunba ( Dr) Akin Lewis, who is also an evangelist, bagged his MA (Master of Art) in Theatre and Puppetry (Acting and Directing) from Sofia, Bulgary and Communications from the University of Lagos.

Akin Lewis has acted in several stage plays at home and abroad, some of which include; Biko’s Inquest, Wedlock of the gods, The night before, Kunrunmi and Macbeth. He gained his worldwide fame for his roles in the MNET’s series such as Tinsel, Hotel Majestic and The Brethren.

Top fuji and juju musicians, Abbas Akande Obesere and King Dele Bravo thrilled guests at the event, which was packaged by Apreel 1 Events Management and TV.