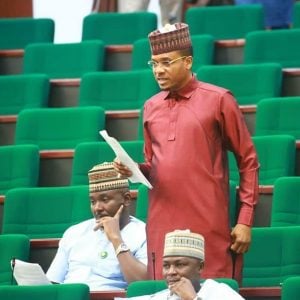 The member representing, Iseyin/Itesiwaju/Kajola/ Iwajowa Federal Constituency, Oyo State in the Federal House of Representatives, Hon. Shina Abiola Peller, has advised Nigerians not to be used by politicians for selfish interests.

Peller, who spoke on Monday also enjoined the citizens not to allow themselves to be used as an instrument for division and violence in the country.

Peller, who is a chieftain of the ruling All Progressives Congress (APC) warned citizens against being used for selfish interest by any politician prior, during and after the elections.

The lawmaker, while speaking during the 4th Shina Peller Ramadan lecture in collaboration with NUJ explained that it is now time for citizens to jettison political godfatherism.

Peller advised the citizens to focus on building strong institutions that the generations yet unborn will be proud of.

The lawmaker said that as the 2023 general elections beckoned, Nigerians must not allow any politician to use them irresponsibly to fulfil their political ambitions.

He spoke further by saying that Nigerians should be tolerant of one another irrespective of their religious, tribal and political affiliations.

“Importantly as the 2023 general election beckons, we must not allow any politician to use us irresponsibly or callously to fulfil their political ambition or interest at the detriment of the overall interest of our dear country.

“We must not allow ourselves to be used as an instrument for division and violence.

“It is time we jettison the political godfatherism, but focus on building strong institutions that the generation yet unborn will be proud of. Once again, Happy Easter to all of us.

“So as we celebrate this Easter, I implore us all to spread love, preach peace and scatter seeds of kindness and happiness everywhere around us. Let’s be tolerant of one another irrespective of our religious, tribal and political differences.

“Above all, let’s be fair in our utterances and dealings with one another.”