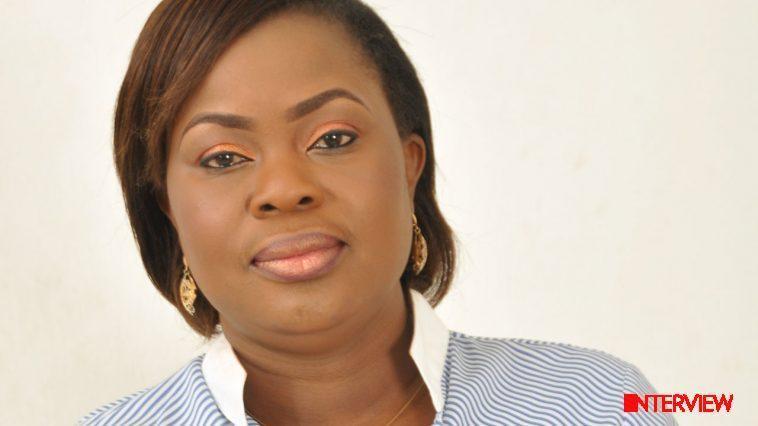 You have just been reelected president of the Nigerian Guild of Editors. The only other contestant was disqualified. How can you claim to have won fair and square?

The constitution of the Guild was adopted by all of us. We are watchdogs of the society. We criticise the government when it falls short of expectations, especially in matters of the constitution.

There are organs created to function in the interest of the Guild. Those were the organs that functioned at this election. It about our law.

It is about what we agreed. There was not a dissenting voice in Port Harcourt when we adopted this constitution. And we have no other constitution.

It is about the constitution and that’s what happened. That’s why the election went the way it did. It is the only way it could have gone.

Threats are being made to drag the Guild to court. How do you intend to ensure this does not happen?

What is most important like I said in my speech is to put the Guild first. If you are coming into an organisation or a position to serve, there won’t be desperation.

Nobody pulls down his father’s house just because it’s hot. We all inherited the Guild. I’m not yet 60 years old and the Guild is almost 60.

So, why would I want to be part in of those who want to the destroy an Iroko tree that was planted almost six decades ago?

My job is to ensure that since I inherited a strong Guild, I should make it stronger. I will invite all our ‘ancestors’ as I call them, the people who have been around since the beginning of the Guild.

You know we are fortunate, we have ‘living ancestors’, we have elders in broadcast, in the print who are still here with us.

Some of them were present at the election. We will call them. It is a family thing now. It is our house. We will not allow it to be pulled down.

There was no disagreement (about the Constitution in Port Harcourt); otherwise, we would have held back and reconfigured it.

It was proofread by those who were in the hall on that Saturday. So, we’ll just call the elders to get involved. It is not a court matter.

We should not allow it to get to the court. But it is a democracy. But if you are coming to serve, it is like somebody coming to you to say, I would like to drive you.

I want to be your driver for two years and I will do it for free. And you decline the offer. And then he sues you. Won’t you be suspicious of what he wanted to do for two years?

If you say no, don’t drive me and he says I must drive you by fire. It will be suspicious if anybody goes to court now.

We will now begin to ask, does the person actually want to serve or what? But we will continue to talk to our elders to intervene.

If you are coming into an organisation or a position to serve, there won’t be desperation

It sounds like you have not made any attempt to reach out to the contestants that were disqualified and are unhappy. Why is that?

When you are coming back, you know you will need an elder to help you beg your father. So, not reaching out to them was not something that happened at all.

I have reached out to them in the best way possible to show respect. Ask the elders, our bosses. You know editors are employees.

We had people who they will listen to talk to them, please let’s put our hands together. It is service. I don’t get paid for it. I get paid for being CEO of Telegraph.

I don’t get paid for being president of the Guild. I spend my money and my contacts to continue to do the work that I inherited from Gbenga Adefaye, from Femi Adesina, Baba Dantiye.

These are respectable people. And when you have the likes of Ray Ekpu telling you, you can, then you’ll have to do what you need to do. Do your job.

You can’t disrespect anybody. I have had two mandates. We will continue to work together, everybody will be fine.

The present constitution of the Guild has been the source of this dispute. When is the earliest possible time to amend the constitution to one that will accommodate everybody and will be acceptable to everybody?

I am just the president of the Guild, first among equals. It is not a decision that I can make. So, I won’t be able to give a time. Whenever the Guild is ready to review the constitution, then it is ready. It is not me. I am not CEO. I don’t have more than one vote. If there is an agreement that we review it next month, we will review it. We have members in the 36 states and the FCT. If the members in Bayelsa say yes, we must review it and the members in Sokoto say no, then we have consult until we reach an agreement. I don’t have a final say on the matter. If they want to review it tomorrow, I am good. I am in working leave. I am available.

Our industry is in distress. Nigeria may have come out of recession, but we are still in recession

What changes do you intend to make in how the Guild is run? What is your agenda for the next two years?

To ensure that as professionals, we get better. We will do tours and study tours. We will do training and retraining. We will bring experts from other newsrooms across the world here, so more members can be part of the training.

We will go abroad and get training. We have slots, which we are working on the increase at NIPSS, Kuru. That is the National Institute for Policy and Strategy Studies in Kuru, near Jos.

We will continue to do that. And then, like I said in my speech, we have problems that should not have been problems at all, problems of communication.

A lot of members didn’t know until the last minute about what we have done. In the next two years, we will make sure that do not wink in the dark.

We will ensure that everybody gets to know about what we are doing. We have more consultative meetings and involve more members in the running of the organization that we call the Guild.

But unfortunately, my fear is editors are very busy people. And they are busy with running everything else but their own Guild.

I just hope that when we appoint editors on committees, they will be able to make out time. If I ask you now details about is happening in Venezuela, I am sure you know.

But there are details about Nigeria that we don’t know. It is the way we work. We are minding everybody’s business from here to America.

My job will be to involve more editors in our affairs. If 500 hundred editors are working, then we will achieve more that if just 100 are working.

That’s my agenda. We need to find extra funding, extra ways of funding the newsroom. Our industry is in distress. Nigeria may have come out of recession, but we are still in recession.

We are all floundering. We are all not sure of tomorrow. All our consumables are imported. We need to prepare as leaders of the newsroom and find a way to save our businesses because we are not NGOs. That we will do.

Robert, Tony, Aliko, Dino And Us

Steve Osuji Spits Fire Over NGE Elections: They say I am an ASSOCIATE MEMBER!