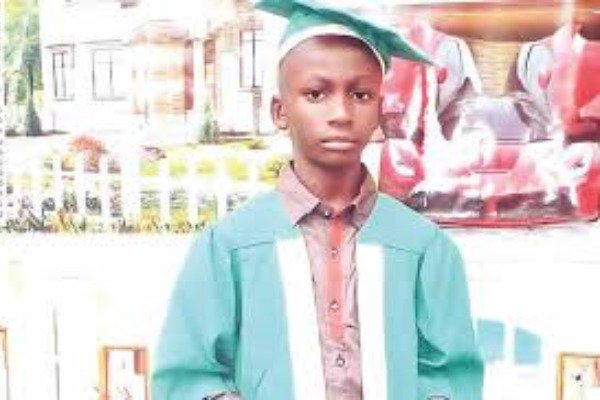 A 13-year-old boy, Obioma Odum, has reportedly died after his mother, identified as Chinyere Odum poured kerosene on him and set him ablaze.

It was gathered that the incident occurred at Umuloghe Agbolughe, in Amuzukwu, Umuahia, Abia State after Chinyere accused her son of stealing her phone’s memory card.

According to Punch, the mother together with her unnamed friend initially tied him with a rope and gave him many strokes of the cane before setting him ablaze with kerosene.

An eyewitness, who spoke on the condition of anonymity, said the two women later dragged the boy into the kitchen and set him ablaze to make him confess.

The witness said, “The youths brought out the boy from the kitchen after putting out the fire. But when they rushed him to a hospital in the area, he had sustained up to 54 percent burns.

“He was subsequently referred to the Federal Medical Centre, Umuahia, which also referred him to the University of Nigeria Teaching Hospital, Enugu. He died at the FMC this morning (Tuesday) before he could be moved.”

The father of the deceased, Obioma Odum, also speaking on the incident to newsmen said, “I was not at home when the incident happened.

“I was at my place of work when my elder brother called me that my wife and her friend poured kerosene on my son and set him on fire. By the time I got home, some youths had rescued and rushed him to the police clinic in Umuahia.

“We were later referred to the FMC, Umuahia. They asked us to come the next day and take the boy to UNTH, Enugu. But he died before we could move him.

“I have been at peace with my wife until she was taken to a place where she turned into something else. There was a time she broke my head with a cutlass for asking her to sever a relationship with one boy.”