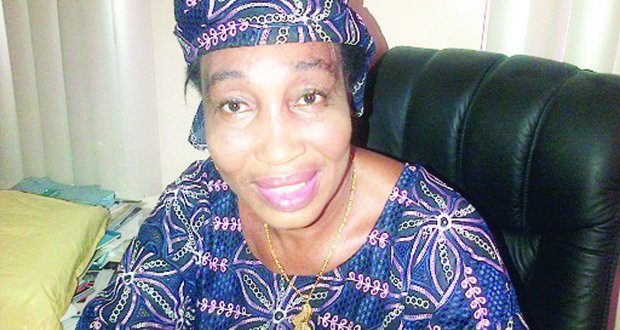 A 2007 presidential aspirant on the platform of the Peoples Democratic Party, PDP, Princess Hadiza Ibrahim, is nursing the ambition to become the first female president of Nigeria come 2019.

She gave her reasons why she is in the right position to take over from President Muhammadu Buhari of the All Progressives Congress, APC.

Hadiza, who was a delegate to the last National Confab on the platform of the National Council of Women Societies, dumped PDP for the APC back in 2015.

She told the Sun, “I gave my support to Baba to become president in 2015. I did not want to contest with Baba because he has tried and I felt we should give him that support.

“I gave him the support to be the president. So, that was the reason, I did not pick the form to be president in 2015. I must tell you that by 2019, I will contest.

“Baba should even handover to me because I supported him. I am from the North, though I was born in Ibadan, except they say Kogi is no longer part of the North.

“I believe that politics is for everybody; being a weaker sex does not mean I should not be in politics. Politics is meant for both men and women.

“I believe that what a man can do, a woman can also do a little bit out of it; I might not say better.

“I was determined to move this country forward. But I was not allowed and the women did not give me that support.

“Women were more in number then, even up till now, than men. If all women should give me that support, I would have been a president by now and the country would have been better than what it is.”