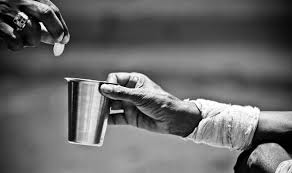 489 beggars were arrested in February and March by the Kano State Hisbah Board for allegedly violating the law banning street begging in the state.

Malam Musa Tsangaya, Head of the Anti-begging Unit of the board, told the News Agency of Nigeria in Kano that 192 of those arrested were children while 228 were adults.

According to him, the remaining nine are from Cameroon and Niger Republic.

Tsangaya said some of them had been charged to court, while four of them suffer mental disorder.