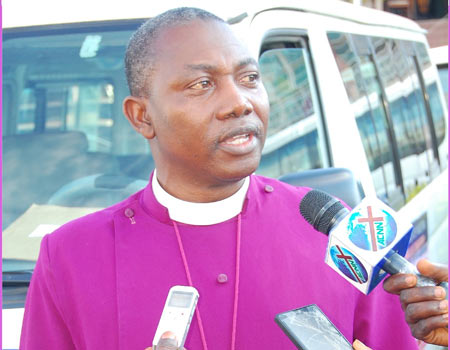 The Vice-Chancellor of Ajayi Crowther University, Oyo, Prof Dapo Asaju, says the ambition for second term by public officeholders is one of the things “killing this country”.

The VC said he turned down an offer by the university management for second term in office to “teach Nigerians how to respect principles”.

Asaju, who is also the Bishop Theologian of the Anglican Church of Nigeria, stated this in an interview with Advent Cable Network Nigeria, the television station of the church.

He said, “They (university management) approached me for a second term and I told them it will never happen. We must teach Nigerians how to respect principles. You don’t tamper with rules and regulations because somebody is doing well. No man is indispensable. There are people who are better than Dapo Asaju who will come to do this work and will do better. It is soldiers go, soldiers come, barrack remains.

“When Vice-Chancellors leave office, they go back to their departments to teach. I have been a professor of Theology for about 20 years. I train Theologians and it is also part of the service to the kingdom. When I finish, I will go back to my department at the Lagos State University where I have been for 37 years. My office is being repaired right now. I will resume my teaching job under my head of department; you come low again. That is discipline.

“What do you want to do in a second term that you cannot do in five years? Is it not second term that is killing this country? People who fail in their first term and foisted themselves upon the people for another term. Acrimony for second term is so terrible.”

Continuing, he said, “In 1988, I was ASUU (Academic Staff Union of Universities) Chairman of the Lagos State University. I led a struggle nationwide, the ASUU struggle that led to the Condition of Service.

“I was party to those people who wrote that no longer shall Vice-Chancellors of universities run for two terms because we see the deadly things they do for second term.

“So, we struggled, let them do a single term of five years and now the Federal Government has approved it. It is now the practice in the university system. The same ASUU chieftain is now a bishop, is now a Vice-Chancellor and now you want to give him a second term? To violate the principle of what he fought against in those days? It will never happen.

“So, after five years, I will leave the office. Nobody should stay beyond the normal first term. You are going to become obsolete. You must leave a lesson of principle. Whatever the law provided for, please obey.”