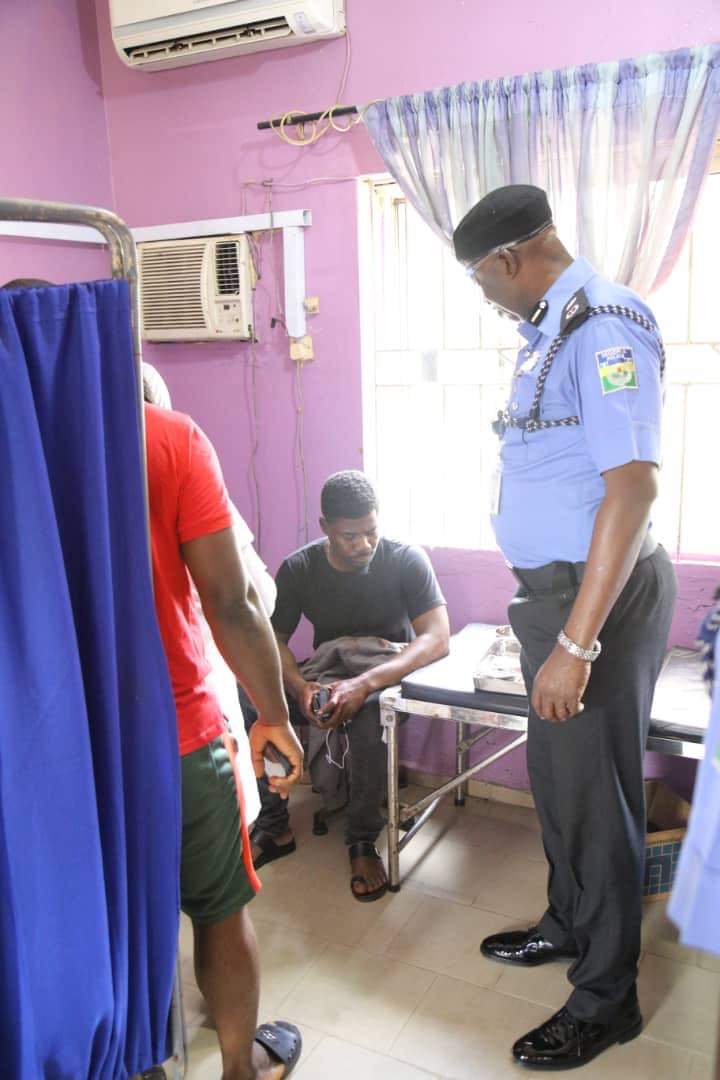 The Commissioner of Police, Lagos State, CP Hakeem Odumosu, has ordered for the immediate detention and orderly room trial of one Inspector Adadu Innocent attached to PMF 22 Ikeja, for hitting with a stick and injuring a Punch newspaper photojournalist.

The photojournalist who was identified as Kayode Jaiyeola was injured at Maryland, Lagos on Thursday, 1st October, 2020 at about 11.10am.
According to reports obtained by our correspondent, Jaiyeola was part of journalists covering an October 1 protest in Lagos state, was brutalised at the Maryland area of the state.

It was gathered that the incident happened around 12 noon when a policeman, Innocent Adadu, hit Jaiyeola’s head with a baton. Jaiyeola’s colleague and Punch reporter, Deji Lambo, who was at the scene, said Adadu hit Jaiyeola with such force that the photojournalist collapsed immediately, with blood gushing out of his injured skull.

Why I turned down second term offer as ACU VC —Asaju