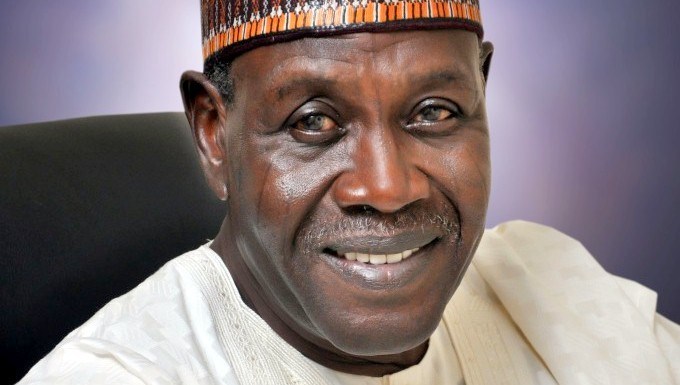 Babagana Kingibe, the running mate to late Moshood Abiola, whose victory in the 1993 presidential election was annulled by the Babangida junta, on Sunday, explained why he abandoned the June 12 struggle to join the next military regime of late Sani Abacha.

Mr Kingibe, who was also Nigeria’s former Secretary to the Government of the Federation (SGF), was last year decorated as Grand Commander of the Order of Niger (GCON), a title usually reserved for vice presidents.

Mr Abiola, who died in prison after he was arrested by the Abacha regime, was also posthumously decorated as Grand Commander of the Federal Republic (GCFR).

The current Nigerian President, Muhammadu Buhari, who conferred those titles on the two, has also initiated the alteration of the Nigerian Public Holiday Act to recognise June 12 as Democracy Day, replacing May 29.

‘Son of the soil’

In Borno State, June 12 Democracy Day was celebrated specifically in honor of Mr Kingibe, who hails from that area.

The government of Borno staged an elaborate celebration and durbar to celebrate Mr Kingibe.

As a mark of appreciation, the former SGF, accompanied by some Borno elders, paid a courtesy call to the state governor late Sunday afternoon where he thanked the government and people of Borno for the show of love.

During the courtesy call, Mr Kingibe took time to explain his commitment to the Nigerian project and why he had “to accept appointments under the same late General Abacha’s military regime believed to be responsible for the death of Abiola”.

Mr Kingibe said he was “particularly happy with the magnitude of celebration” that took place in Borno to mark the new Democracy Day which signifies love and solidarity towards him as “a son of the soil as a key player in the events of that year.”

“And for that I have to thank the governor who gave the leadership, thank the people of Borno not only for celebrating June 12 as Democracy Day per say, but I know that they also had in mind that one of their own, their own son was also a critical player, I appreciate the confidence and love.”

Mr Kingibe, who served under Mr Abacha as a Minister of Foreign Affairs between 1993 and 1995 – a period during which his supposed President-elect was still in prison, however, explained that his decision to take a role in Abacha’s administration was for “national interest which he put above his personal feelings”.

He said his action was in line “with the teachings of the Muslim faith which he professes that leadership comes from God which he accepted in good fate.”

“When we think of the collective good, there are times when we have to sacrifice personal interest and join hands in rebuilding society and bringing peace and harmony to our people

“I have addressed this issue of why I joined Abacha’s government and so on. I know we won the elections on June 12, 1993, I know that injustice was done when those elections were annulled but there is always one guiding principle in my public life which is that the national interest supersedes any other considerations. All my actions have been informed by this consciousness of what is best in the national interest.”

Mr Kingibe, known as one of the ‘power brokers’ in the current government of President Buhari, called on politicians who aspired and lost at the APC governorship primaries to emulate him and join the incumbent government of Borno “for the overall interest of the state.”

The former SGF confessed that his preferred candidate for Borno governorship during the primaries was Kashim Imam, an APC chieftain who was many times governorship candidate of the PDP.

But he said he now supports the eventual winner, even as urged all stakeholders to support as well.

“I do appeal to all sons and daughters of Borno to always think of what is in the best interest of the people of Borno in all we do. I hope that some of us will take initiatives and appeal to people of quality who have measurable followership like Kashim Imam, Mohammed Kumalia and all those who contested and those who did not contest.

“There are leaders in Borno that are just looking at development with sadness but not being able to take initiatives to bring our people together. I hope that we will wake up and come together.”

In response, Governor Babagana Umara thanked Mr Kingibe for paying a courtesy visit. He said Borno is very proud of all his achievements “within and outside the country.”

The governor also thanked him for the support. He promised to remain committed to his determination of taking Borno to “the promised land driving on his ten-point agenda.”