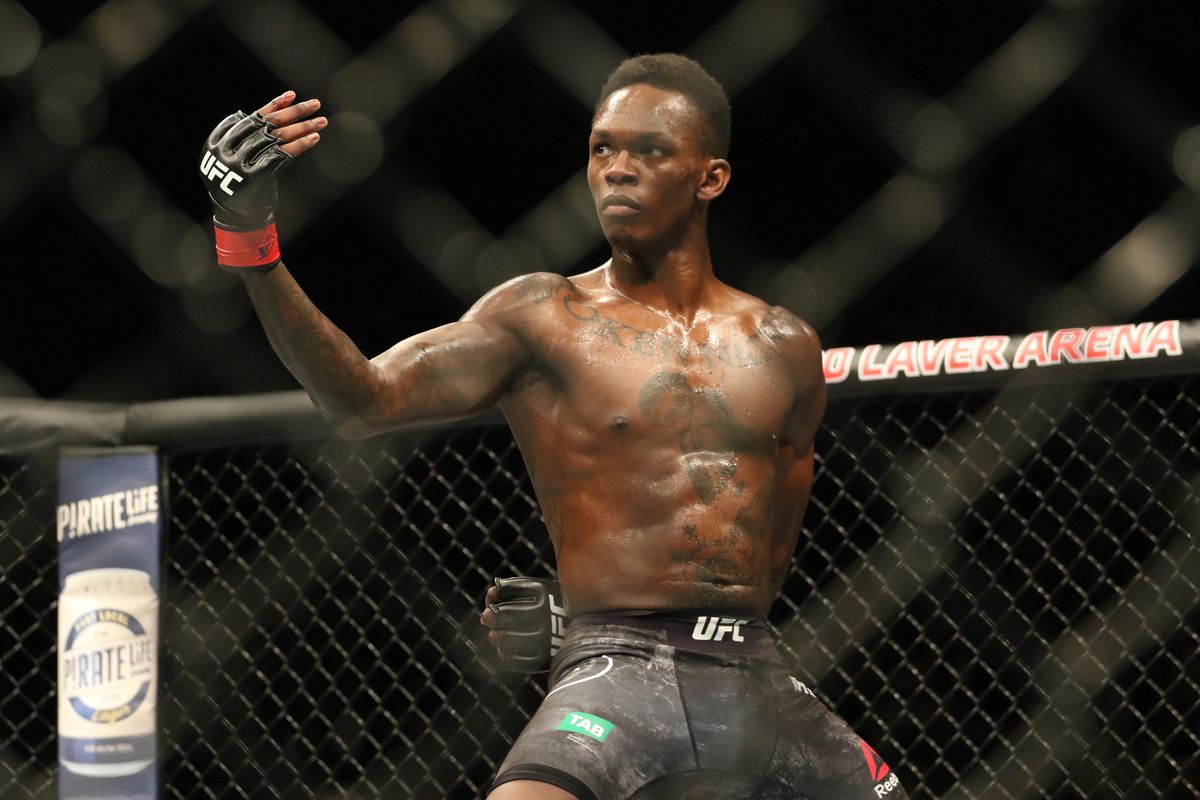 The arrival of Adesanya, who defeated America’s Kelvin Gastelum during a UFC 236 fight in Atlanta, USA a few weeks ago, caused a major stir at the Murtala Mohammed International airport yesterday afternoon as immigration officers and other security personnel at the airport scrambled to shake his hand.

After a brief stay at the airport, Adesanya and his accompanying team zoomed off to an unknown destination in Lagos.

His father, Femi Adesanya told The Guardian in a telephone chat yesterday that Last Stylebender, as Israel Adesanya is fondly called, was in Nigeria to feel the environment, which he left about 16 years ago.

“Israel came home just to feel the environment, eat the local food and meet with the people. The visit is just like a holiday for him,” the senior Adesanya revealed from his base in New Zealand.

Adesanya’s victory at the State Farm Arena in Atlanta, Georgia, earned him the interim middleweight championship belt in one of the best title fights ever seen in combat sports history.

The Nigerian won via unanimous decision. He moved to New Zealand when he was 13.

Adesanya had defeated Brazil’s Anderson Silva in February at UFC 234 contest in Melbourne, Australia, but his battle against Gastelum, a Mexican fighter in Atlanta, was fascinating.

It was not clear yesterday if Adesanya will appear at any public function, but a source close to the fighter hinted he might hold a meeting with Ogun State Governor Ibekunle Amusan before he returns to New Zealand. He hails from Odogbolu, Ogun State.

Adesanya trained in taekwondo briefly during his primary school days at Opebi, Lagos before he relocated to New Zealand at the age of 13.