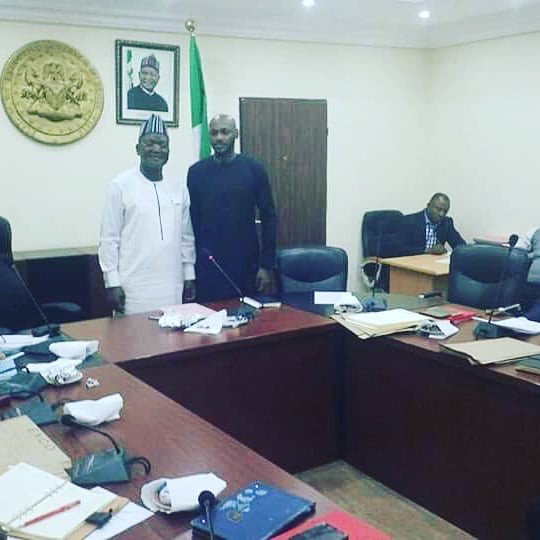 Music Legend, 2face Idibia, on Wednesday paid a condolence visit to his Benue State governor, Samuel Ortom over the recent herdsmen killings in the state.

The Benue state born singer was received at the state government house by the governor and members of his cabinet.

President Muhammadu Buhari has, however, been widely criticized for not visiting Benue victims since the recent attacks in the middle belt region.