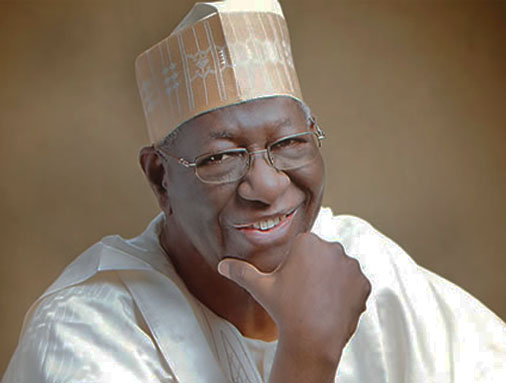 Chief Tony Anenih, a former Minister of Works and chieftain of the Peoples Democratic Party (PDP) is dead.

His son, Akin Anenih, confirmed this.

The former Minister of Works at the celebration of his 85th birthday on Saturday, August 4, 2018, complained about his health.

He specifically said that “the celebration is necessary over my health, current state of mind, with the unfortunate recent losses that befell my family in quick succession”.

In 1951 he joined the Nigeria police force in Benin City. Working at home, he obtained secondary school qualifications.

He attended the police college in Ikeja, and was selected for further training in the Bramshill Police College, Basingstoke, England in 1966 and the International Police Academy, Washington DC in 1970.

He served as a police orderly to the first Governor General of Nigeria, Dr. Nnamdi Azikiwe. He worked as an instructor in various police colleges, and in 1975 was assigned to the Administrative Staff College (ASCON), Lagos. He retired from the police as a Commissioner of police.

He was State Chairman of the National Party of Nigeria (NPN) between 1981 and 1983, helping Dr. Samuel Ogbemudia become elected as civilian Governor of Bendel State. However, the governorship was cut short by the military takeover of December 1983.

He was National Chairman of the Social Democratic Party from 1992 and 1993, when he assisted in the election Chief M. K. O. Abiola as president. He was a member of the Constitutional Conference in 1994.

Anenih was a member of the PDM until early April 2002, when he transferred to the People’s Democratic Party (PDP). Anenih was said to have masterminded the 26 April 2002 declaration of President Obasanjo at the International Conference center Abuja.

He was deputy national coordinator of Olusegun Obasanjo’s campaign Organisation in the 1999 and 2003 elections.

He is married to Josephine Anenih, a lawyer, who was the chairperson of the Federation of Women Lawyers from 1994 to 2000, and also was the first National Woman Leader of the People’s Democratic Party (PDP) from 1999-2005.

She was appointed minister of Women Affairs on 6 April 2010, when Acting President Goodluck Jonathan announced his new cabinet.