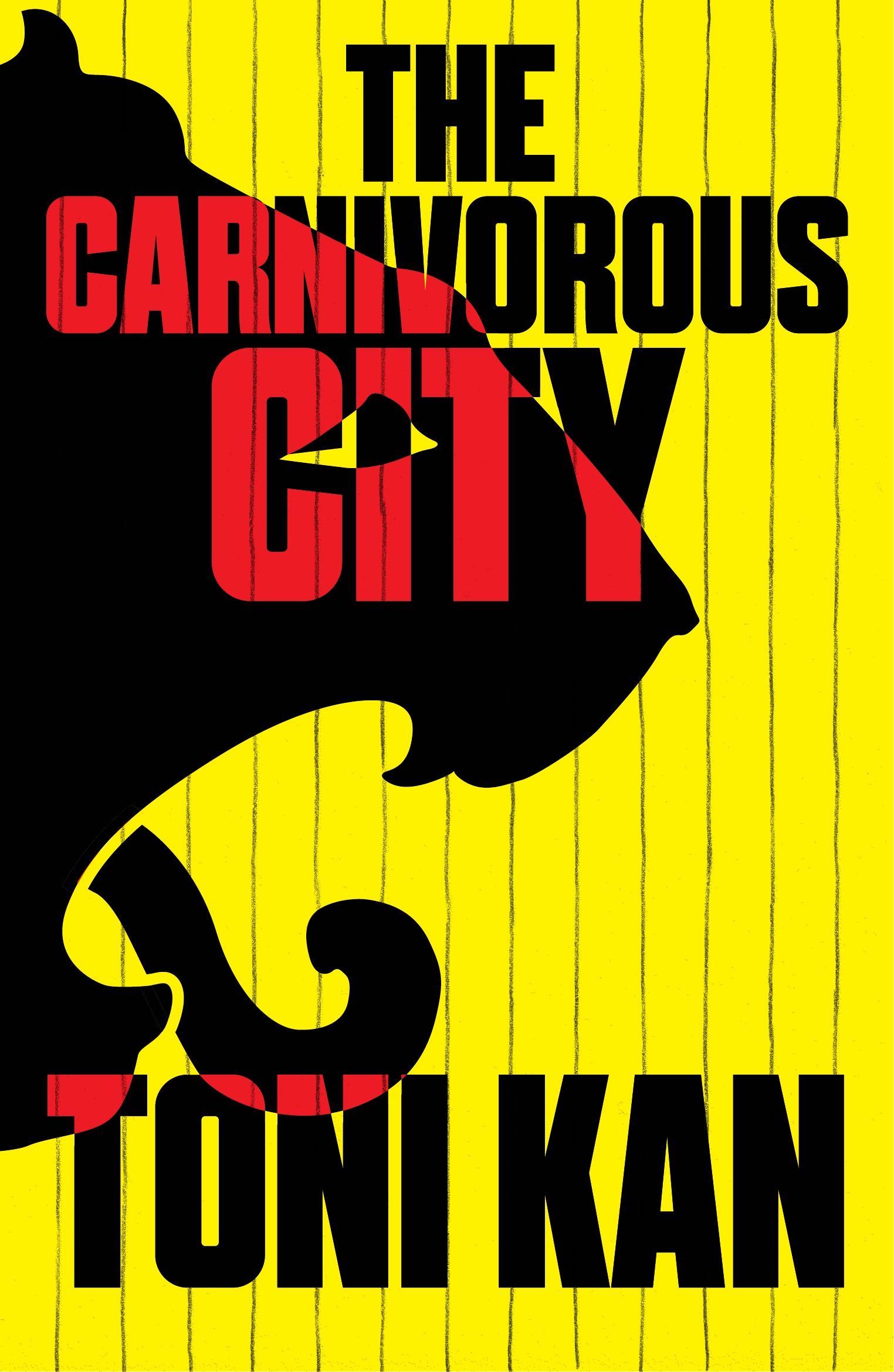 Toni Kan will be reading from his long awaited novel, The Carnivorous City, on Saturday November 12, 2016 at Freedom Park, Lagos. The novel goes on sale in Nigeria from November 10, 2016.
The event will see Toni Kan in conversation with Hawa Golakai, the Liberian author of The Lazarus Effect. The two will be speaking to the theme “Missing Bodies in Crime Fiction” as part of activities marking the 2016 edition of the annual Lagos Book and Arts Festival (LABAF).
Hauwa’s debut novel, The Lazarus Effect is set in Cape Town and focuses on Voinjama Johnson an investigative journalist working for the Cape Town magazine, Urban. Her life is a mess and she’s been seeing things: a teenage girl in a red hat that goes hand-in-hand with the debilitating episodes she is loath to call ‘panic attacks’.
When Vee spots a photo of the girl from her hallucinations at a local hospital, she launches an investigation, under the pretext of writing an article about missing children. With the help of her oddball assistant Chloe Bishop, she’s soon delving into the secrets of the fractured Fourie and Paulsen families. What happened to Jacqui Paulsen, who left home two years ago and hasn’t been seen since? 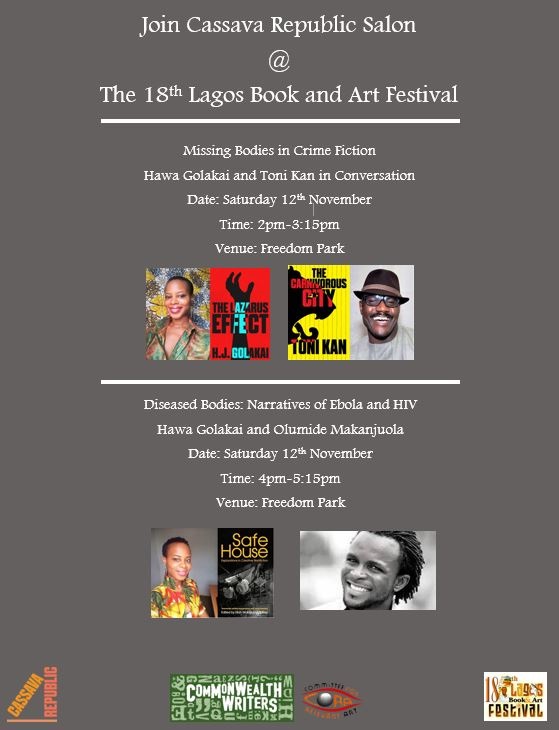 The Lazarus Effect has been described as “a gripping new addition to the African crime genre from a talented debut author.”

Toni Kan’s novel, which the author has described as “a love song to Lagos” tells the gripping and intriguing story of Rabato Sabato aka Soni Dike a “Lagos big boy” with a beautiful wife, a sea-side mansion and a questionable fortune. Then one day he disappears and his car is found in a ditch, music blaring from the speakers.

Soni’s older brother, Abel Dike, a teacher, arrives in Lagos to look for his missing brother. Abel is rapidly sucked into the unforgiving Lagos maelstrom where he has to navigate encounters with a motley cast of common criminals, deal with policemen all intent on getting a piece of the pie, and contend with his growing attraction to his brother’s wife.”

Caine and Commonwealth prize winner, Helon Habila has described The Carnivorous City as “a novel about family and brotherly love, but above all it is a novel about Lagos which brings the city to life like no other book I have read.”

On her part, Chika Unigwe, NLNG prize winner and MAN Booker prize judge has described the novel as “an unforgettable portrait of Lagos laced with mystery and intrigue.”

The two authors published by Cassava Republic Press will read from their novels and then talk about crime fiction in cosmopolitan urban locales like Cape Town and Lagos.

Toni Kan’s book is out on November 10, 2016 and can be pre-ordered from the Cassava Republic Website – http://www.cassavarepublic.biz/collections/forthcoming/products/the-carnivorous-city.

Kardashian drama: Blac Chyna not invited to her own baby shower