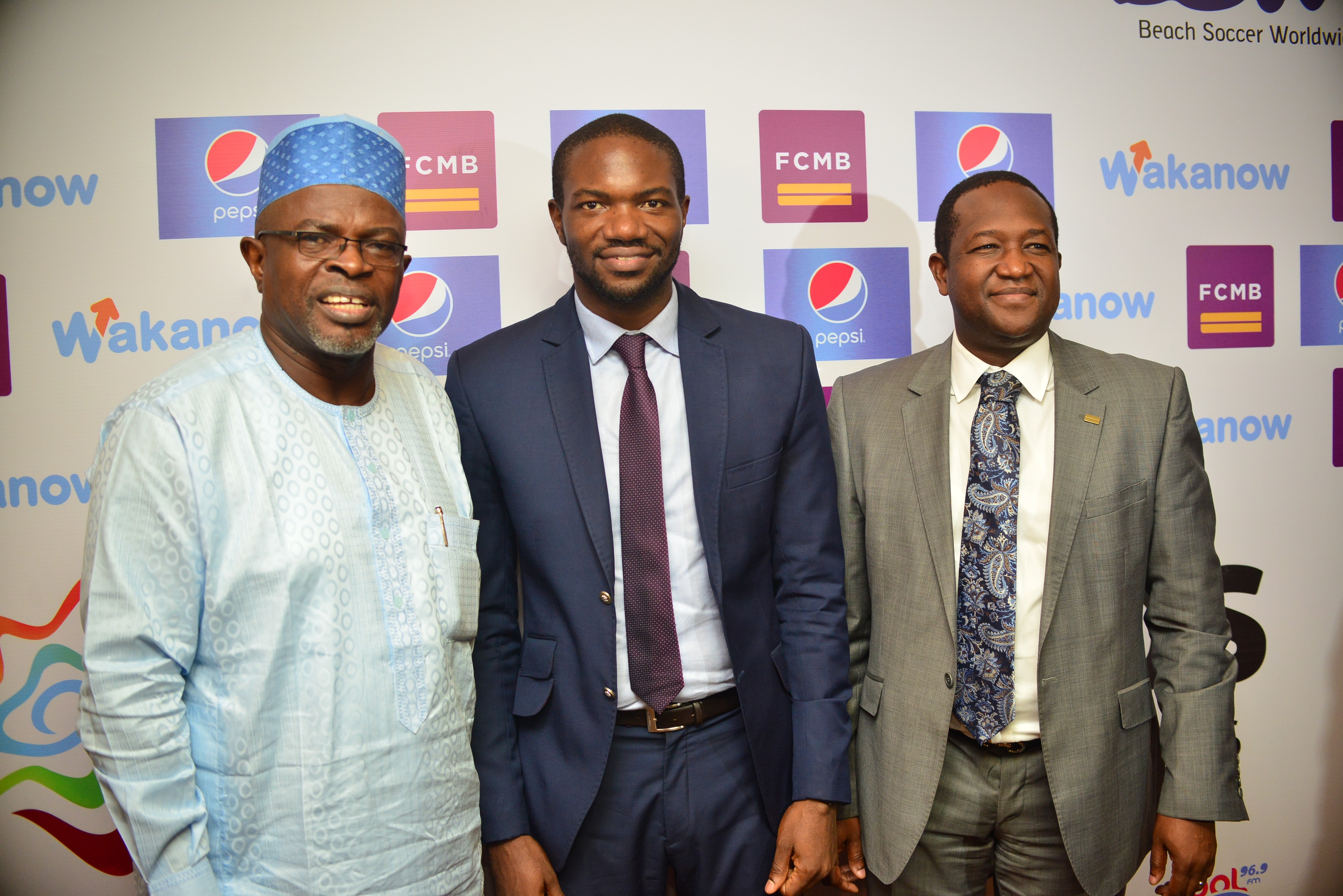 First City Monument Bank (FCMB) Limited has renewed its pledge to continue the sponsorship of the COPA Lagos Beach Soccer tournament by throwing its weight behind the 2016 edition of the sporting fiesta for the sixth consecutive year. The Bank’s Group Head of Corporate Affairs, Mr. Diran Olojo, announced this at a press briefing in Lagos on November 10, 2016, to herald the event. The tournament, organised annually by Kinetic Sports Limited, will hold at the Eko Atlantic City in Victoria Island, Lagos, from December 11 to 18, 2016. 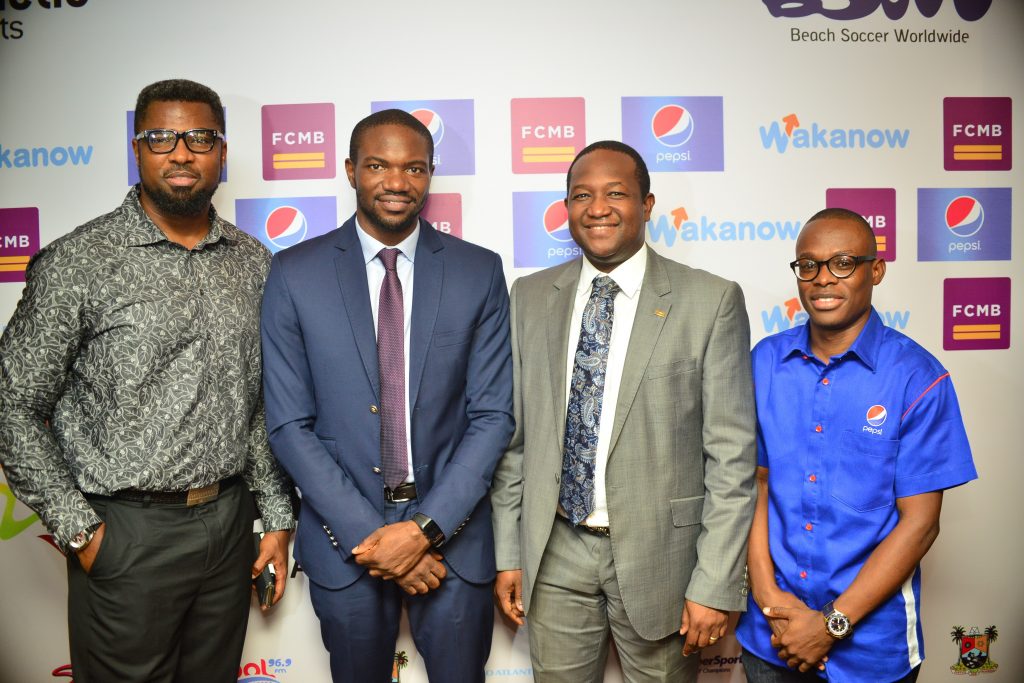 According to Mr. Olojo, FCMB’s renewal of the sponsorship is a re-affirmation of its commitment to sports and youth development in Nigeria. ‘’We are excited to be the headline sponsor of the COPA Lagos once again in partnership with Kinetic Sports. At FCMB, we believe in supporting initiatives that add value to the well-being of people and the society. Sports, particularly, the game of soccer is a key passion point for many. Aligning our brand with this prestigious global event is a continuation of our corporate philosophy to always connect with and develop sustainable relationship with people across demographic and socio economic classes’’, he stated. 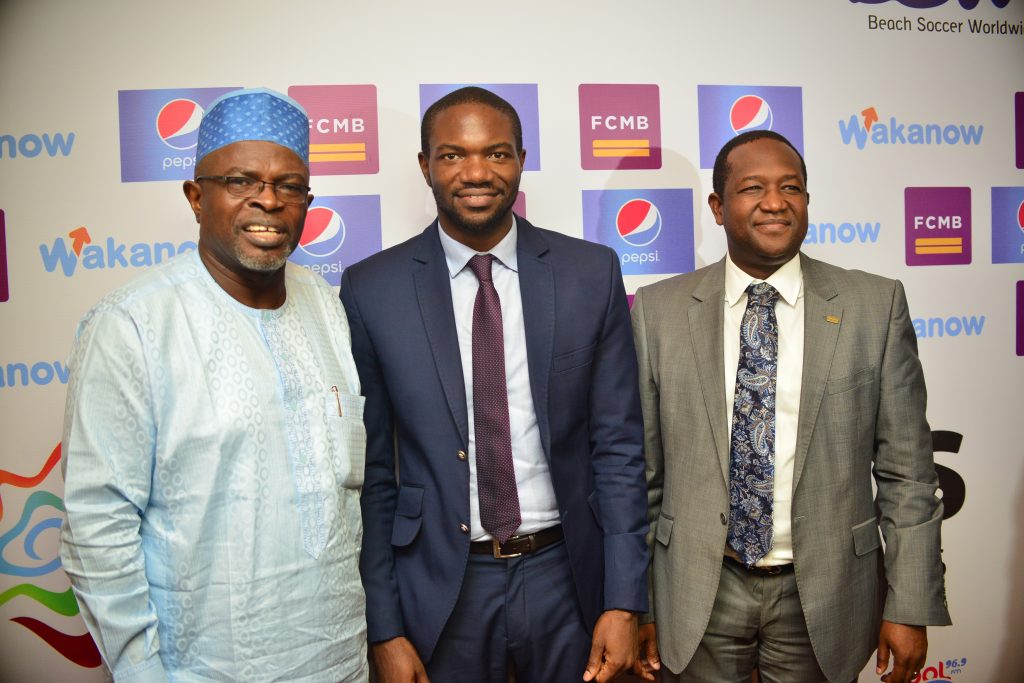 Mr. Olojo noted that considering the huge opportunities sports offers Nigerians and its national unity cohesion, the tournament gives the right platform to reach out not only to customers of FCMB, but Nigerians across all segments. ‘’When we got involved in the tournament six years ago, we saw the level of engagement and excitement people, fans, the participating countries and other stakeholders expressed. This year, soccer fans should expect more fun-filled engagements from FCMB during the COPA Lagos. Our participation will be bigger, better and memorable’’.

Also speaking at the press briefing, the Managing Director of Kinetic Sports, Mr. Samson Adamu, informed that this year’s COPA Lagos Beach Soccer tournament will dovetail into the CAF Beach Soccer tournament, which Nigeria is hosting from December 13 to 18, 2016. According to  Mr. Adamu, with the two tournaments holding simultaneously at the Eko Atlantic City, coupled with other side attractions that would be showcased, ‘’soccer fans and indeed Nigerians should expect an action-packed event with a lot of fun”. 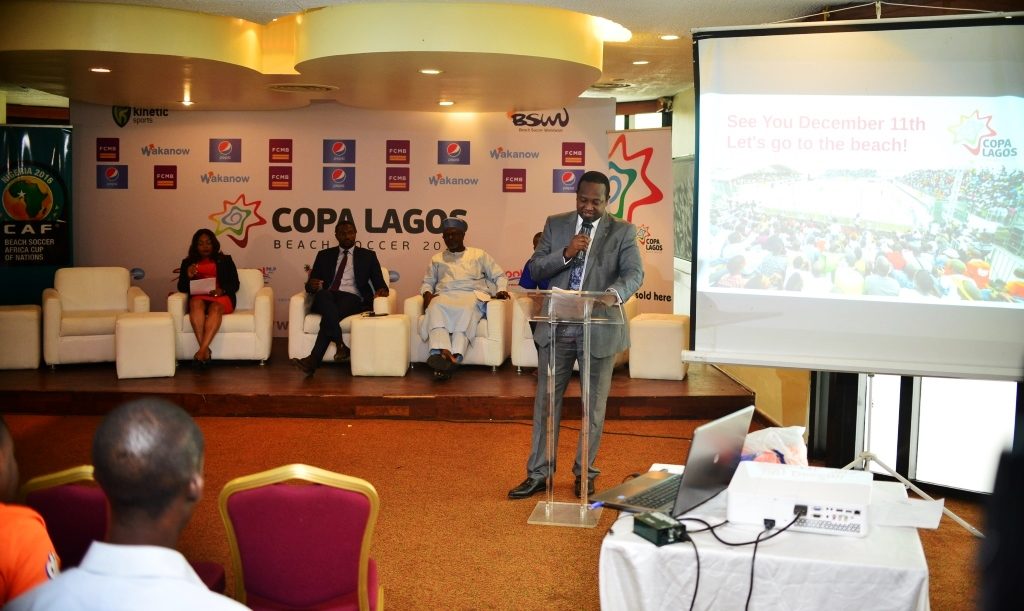 The Kinetic Sports CEO expressed delight at the collaboration with FCMB over the years. According to him, “Our partnership with FCMB in the last six years have gone a long way to popularise and ensured the success of this tournament. The Bank has consistently proved that it is truly committed to the advancement of Beach soccer, sports and overall national development’’.

Apart from the excitement FCMB will build around the football matches, it has also lined up a number of activities to make the tournament impactful and rewarding. Among this is the cleaning of the Eko Atlantic Beach which aligns with the Corporate Social Responsibility (CSR) focus of the financial institution. This exercise, as it has been done in the last five years by the Bank, will involve top management and staff of FCMB, officials of FIFA, teams from the participating countries, football and entertainment celebrities and others involved in the tournament engage in cleaning of the beach. This is to create public awareness and draw attention to the need to take care of beaches, maintain the beauty and protect the environment.

FCMB will also organise a Kids Clinic by bringing in children from some charity homes. During this programme, the children will be taught by seasoned football coaches on Beach Soccer. The aim is to emphasize the importance of sports and physical fitness to the young ones in our society.

Spectators and other guests will also have the opportunity to experience the unique banking services of FCMB at the venue throughout the tournament as the bank’s sales team would be on ground to deliver services not only to customers, but members of the public that would be in attendance. FCMB will also be involved in the celebrity match, fashion show concert and other thrills and frills of the COPA Lagos beach soccer showpiece.

First City Monument Bank (FCMB) Limited is a member of FCMB Group Plc, which is one of the leading financial services institutions in Nigeria with subsidiaries that are market leaders in their respective segments. Having successfully transformed to a retail and commercial banking-led group, FCMB expects to continue to distinguish itself by delivering exceptional services, while enhancing the growth and achievement of the personal and business aspirations of its customers.