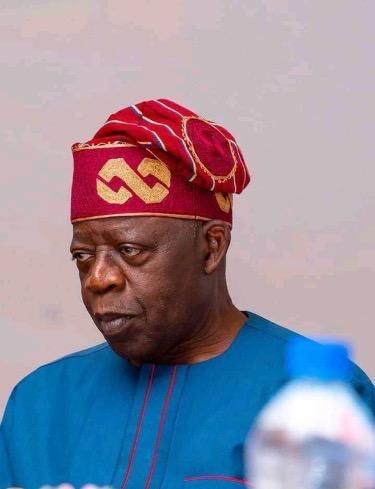 It was in the year 2001, Bola Ahmed Tinubu had only spent about two years as the governor of Lagos State. I was to take his picture and that of other Southwest governors who usually converged at Pa Abraham Adesanya’ s Apapa residence.

They were all Alliance for Democracy,AD governors that came out of the Yoruba social political group, Afenifere and as a norm their policies must be similar to some extent.

Sometimes they didn’t allow reporters to cover the meetings but would brief journalists later. However on this particular day, I observed before the meeting that Tinubu’s idea was beyond Afenifere, his thought flowed out from his mouth without fear.

While other governors had arrived earlier, Tinubu and the Ogun State Governor, Aremo Olusegun Osoba strolled in and before they would enter the house, their Oyo State counterpart, Alhaji Lam Adesina met them outside the gate.

Osoba and Tinubu wore the same style of dress, “Danshiki”. One could measure their little postures with the lens of a Kodak digital camera.

At that short impromptu meeting outside the gate, Tinubu told Osoba and Adesina that he would not agree with Afenifere chieftains. As he put it in his usual slow but weighty words, “I, I, haaaave tooold paaapa that I wooon’t taaake that path. The world has moved beyond that level. Mi ti so fun won, mii ni gba.”

He was not rebellious, yet he would not soak up things that could derail his vision. He was always ready to engage the Afenifere even if he would not take all its advice.

Of course I did not know what he had refused to take but it was clear that he did what he said as events began to unfold to his creation of the Action Congress. Tinubu may not have believed in some ideas, his AC was coined out of Chief Obafemi Awolowo’s Action Group, AG.

He did not only change the fortune of Lagos by increasing the monthly Internally Generated Revenue from about N600 million to about N9 billion, his vision of a megacity with Ikeja model, Apapa model, Badagry model and Epe model became a template the successive administrations had to build on.

Today the IGR is over N40 billion while Lagos is now one of the five biggest economies in Africa.

And these are gradually becoming a reality with the industrial development at Lekki Free Trade zone where a world class Dangote Fertiliser Industry was inaugurated a few weeks ago. Soon, another world class petroleum refinery will be inaugurated that will create thousands of jobs for Nigerians.

In his speech during the inauguration of the Dangote Fertiliser, the state Governor, Mr. Babajide Sanwo-Olu noted the amazement of President Muhammadu Buhari about the spirit of Alhaji Aliko Dangote in building such a big project in Lagos.

Sanwo-Olu did not forget to tell the gathering that yes Dangote built but there was a man who conceived the vision and laid the foundation for others to thrive. He is Tinubu, the man who opened the path in the bush in search of a modern Lagos.

He became the torch bearer in the search for a better Nigeria.

I was there before the start of the Eko Atlantic City. The Lagos Bar Beach was nothing but the hideouts of hoodlums and the sanctuary of white garment prophets but today, skyscrapers are growing out of the sea.

This place will not only redesign the aquatic splendor, it has since stopped the perennial ocean surge on Ahmadu Bello Way, Victoria Island and created a peaceful atmosphere that attracted the United States to want to build its largest consulate ever at Eko Atlantic City.

In one of Tinubu’s recent visuals, one of his haters asked me why BAT speaks slowly that it may be a health factor. I told him, “Because you have not been listening to him. That is how he speaks.’

BAT may not be an orator, his brain is wired with ideas. He solves complex problems not simple ones. Nigeria’s problem is complex.