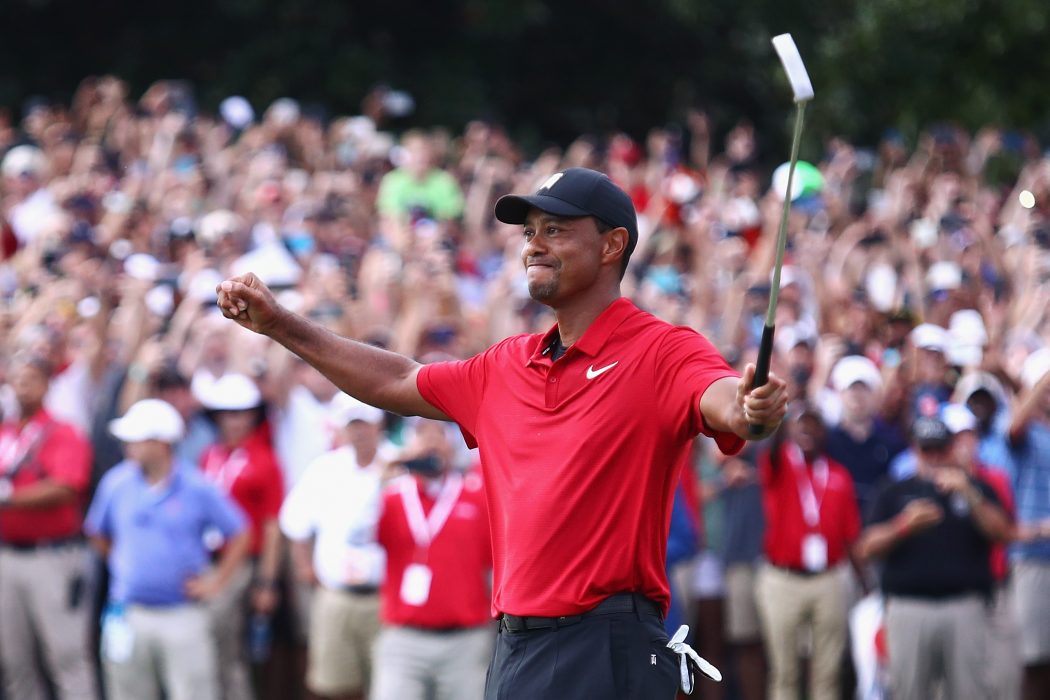 The 14 major winner did it in Atlanta, amidst a roaring cheer by the crowd. It was vintage Woods, wowing the Golf crowd all over again.

“I would love to win this event. I’ve got a bunch of guys behind me who are playing well. We’ll see what happens,” said Woods on Saturday, going into the final round today.

He won the Tour Championship by two shots at 11 under par. Fellow American Billy Horschel came second with 9 under par.

It marks a remarkable return to the top for Woods, who was ranked world number 1,199 less than a year ago after having spinal fusion surgery.

“I had a hard time not crying on the last hole,” Woods told NBC. “I had to suck it up and hit some shots. Once I got the ball on the green, it was done. I could handle it from there.”

“It was just a grind out there,” Woods added. “I loved every bit of it, the fight, the grind and the tough conditions. I had to suck it up and hit the shots.

“At the beginning of the year, it was a tall order but as the year progressed and I proved I could play, I knew I could do it again.”

He came into the final day of the tournament – the last of four FedEx Cup play-off events – with a three-shot lead over Rose and Northern Ireland’s Rory McIlroy, who faded from contention with a four-over 74 to finish on five under in tied seventh.

On Saturday, Woods, 42 looked in a class of his own as he carded a five-under-par 65 to leave himself on 12 under for the tournament at Atlanta’s East Lake course.

Woods had been a two-time former Tour Championship winner and now holds the record of winning 55 of 58 PGA Tour events when holding the 54-hole lead.

The 42-year-old returned to golf this season after missing most of the previous two years with a debilitating back injury. Justin Johnson was third with 7 under par.