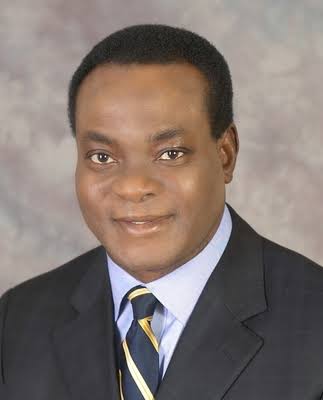 Prior to 2009, Nigeria was relatively a peaceful nation, save for some riots,  armed robbery operations, ritual killings and other forms of crimes and violence associated with development all over the world.

But, shortly after the arrest and subsequent death of the suspected founder of Boko Haram insurgents, Mr. Muhammed Yusuf in 2009,  Nigeria assumed the posture of a nation at war with itself.

Yusuf was reportedly arrested by men of the Nigerian Armed Forces, who handed him over to the police before he was said to have been killed in detention by the police.

The rest is now history as that alleged extra judicial killing of one man has led to the death of thousands of others in the hands of hoodlums suspected to be members of the now dreaded Boko Haram sect.

Killings by Boko Haram members mostly ravaged North Central States of Borno,  Adamawa, and Yobe before it extending to places such as Taraba State,  Kogi State, and even the Federal Capital Territory, Abuja and some other states.

We still remember the kidnapping of Chibok Girls in Borno in 2014 by suspected men of Boko Haram sect and the Dapchi Girls in Yobe State in 2018 also by Boko Haram members.

To state that Nigerians and the security forces have been overwhelmed by the killings that have become a daily occurrence is to state the obvious.

We are now counting days that Boko Haram members do not attack one community or the other out of the 365 days in a year not the days they attack.  What a shame!

As if that was not enough,  killings by suspected Fulani herdsmen crept in more than it used to be in the past, leaving in its wake several unprovoked killings of innocent Nigerians in states such as Benue,  Adamawa, Plateau, Kogi, Ondo, and Ekiti to mention but a few.

The evil men have taken over our lands as if there is no government.  We recall with regret the killings of about 73 people on one day by men suspected to be Fulani Herdsmen in broad day light in Benue State and this threw the entire nation into a mourning period.  The burial of the slain country men, women and children made the country looked like a war zone.

After that, we all went about our various activities as if nothing happened.  What followed,  several other killings, maiming and destruction of properties by ravaging herdsmen in Nigeria of the 21st century, when the 22nd century is knocking at the door.

All these have affected the economic growth of our nation and investors have been discouraged from coming around to do business in the country. This is a perceived big brother Africa or even giant of Africa.

The primary purpose of any government is to protect lives and properties. Are they protecting lives. Is the ruling All Progressives Congress  (APC) up to the task.  Do we even have a government in place, do they care for our lives. Are we being carried along in the scheme of things. The answer to these is capital NO.

A nation that cannot secure lives and properties is doomed. It has failed and the people have no business recycling the people in charge of power as they have nothing to offer them.

The shenanigans would only continue and they would keep promising what they cannot achieve.

The National Democratic Congress Party (NDCP) is ready to chat a new course for our great nation. What we deserve in Nigeria is focussed leadership, leaders with plans for the people, leaders with ideas, innovation, courage, and leaders that lack sentiment.

That is why Dr. Johnson Edosomwan,  a presidential aspirant under the party is preparing to take over from the incumbent President Muhammad Buhari of  Nigeria and put things in proper shape.

NDCP will certainly better the lots of Nigerians, especially in the area of security.

We are poised to healing the wound of North/South, Hausa/Yoruba/Ibo, Christian/Muslim and bring the people together based upon our vision of a modern, forward-looking nation.

What we need is the spirit of “it can be done, nothing is impossible,  we can move forward and achieve together.”

Nigerians have no reason to be killing one another.  Our security forces and personnel can do better. They can be motivated to work harder with all our stupendous resources as an oil-producing nation.

Dubai,  Malaysia, Indonesia, South Africa, Mexico and other contemporaries of Nigeria have left us behind.

With a focussed and passionate President like Dr. Johnson Edosomwan, Nigeria can regain its lost glory,  it is a matter of time and determination to succeed.

Success is not served on a platter of gold,  it must be desired and worked for. We have a master plan and it is doable, it is possible, it is achievable, we can do it,  we will get there.

With NDCP in Aso Rock,  with Dr. Johnson Edosomwan as Nigeria’s President, insecurity will be thing of the past and  Nigerians in the North, South, West and East would start sleeping with their two eyes closed.