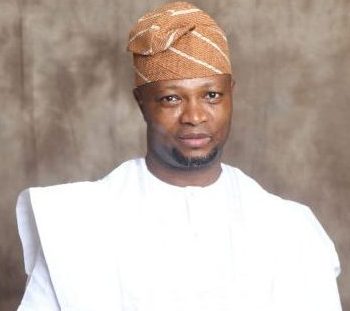 The peddlers of aspersion on Jandor are really doing PDP harm. The write up making rounds about Jandor and Doherty is a onerous disservice to the unity of the and purpose driven Campaign movement of Jandor for Pdp’s victory in 2023.

Jandor have been consulting visibly since his movement joined Peoples Democratic Party. Jandor have and is still combing all nooks and crannies of Lagos to sensitize and mobilize people for the Party that have given him a platform . I want to ask pertinent questions. How many wards has any other aspirant visited? When last did Lagos Pdp witnessed a resurgence or verve like now that Jandor and his group joined the Pdp? Who is afraid of Jandor ?
Why is the resurgence of Pdp across Lagos become a problem to any? Who is trying to cause disaffection amongst a family (pdp)?

Aspiration is a natural law and selling one’s self is a right to show readiness and capacity for the people or constituents to buy into.

When hatchet men start peddling wrong notions on behalf of their leaders not based on substance but with sole aim to cause disaffection, it tells alot that a fifth columist is trying to destroy Pdp from within. That stance makes progress stagnant.
All Pdp leaders respectively have the capacity . Therefore, I haven’t heard nor seen Jandor preach disrespect for the traducers of the young capable man to go to town spreading the gospel of falsehood .

The goal is to win Lagos for Pdp and Rescue Lagos from individuals that have held Lagos hostage for almost 23years. Jandor have no time to waste on no substance, but rather on issues germane for success of the Party .

Lagosians have seen the light and Pdp is the light.
For Jandor, it is about the people not about self nor about disintegration of a party that is the leading light to Rescue Lagosians and Nigeria at large.

The message of Jandor is, unite to win. Show capacity and mobilize the people for Pdp to win . It has never being about self because every Pdp leader have the inalienable right to aspire and also win for the party ,but everyone must show readiness to work for the success of the Pdp before and during elections.

The umbrella is big enough to accommodate all with one person as the lead and everyone accommodated under the strong and big umbrella in unity and equality .

As long as purpose and vision is on course for the overall good, nothing stops victory . Pdp is the focus, purpose is to liberate Lagos from oppression and selfishness of the ruling Party- Apc.

No more Baba so’ pe! It is time for all hands to be deck . I say all traducers and preachers of acrimony within the party or outside should rather concentrate their energies to build and strengthen Pdp for victory in 2023.
Jandor is a movement that cant be ignored neither any Pdp leader.
As a critical stakeholder of the party, I ask that all agents of disunity must stop. The battle for Alausa is one that must be won by a united force of Pdp leaders and supporters together.
Together all can can make progress.

Ahead of His Declaration for 2023 Presidency, Osinbajo Meets APC Govs Today

Accord Party Gives Ladoja Conditions To Return To Party