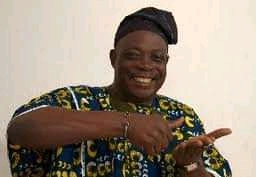 The Oyo State chapter of Accord Party (AP) has given the former leader of the party and former governor of the State, Sen. Rasheed Ladoja fresh condition if wants to return to the party.

The current leaders of the party said that anyone, who intends to join the party will join from his or her ward and must be ready to abide by the rules and regulations of the party.

The party however, said that the former governor must follow due process to return to the party.

The National Secretary of the party, Abiola Ajaja who disclosed this in Ibadan, the state capital, said that the party will ensure free, fair and credible primaries for all it’s members.

Ajaja stated that she was aware that Ladoja had been talking to members of Accord Party underground to stage a comeback.

She said that the door of the party was widely opened for anyone who wanted to join the party.

Ajaja said; “We have been engaging and wooing people to the party. We have presidential aspirants, gubernatorial aspirants and aspirants for other elective posts.

“Infact, I was in Osun State last week for the primary election that produced Dr. Akin Ogunbiyi as our governorship candidate in the state. I don’t want to mention names now because so many people are still coming to join us. I was told that Ogunbiyi is a popular candidate and I believe he is going to win.

“I left as one of the loyalists of Baba Ladoja in 2015 when he denied me return ticket as against the recommendation of the national chapter of the party.

“The recommendation came from the national chapter because of my performances in office. I was denied the ticket because of reasons best known to Ladoja.

“He gave the ticket to Gbenga Adewuyi aka Arole, who I defeated in 2011. I was forced to take him to court because the party’s constitution states that before anybody can get the ticket for any post, he/she must must be a member for at least one year. I have all the documents for my recommendation.

“The number of candidates would determine whether we are going to go for consensus or primary election. Remember, INEC stated that we must do everything democratically.

“The two major parties have failed Nigerians, but Accord Party has everything it takes to fill the vacuum and turn the tide around for better than what we are witnessing now.

“Those that are in the so-called big parties are more than comfortable, they are so selfish and they care less about the masses.

“Our former leader, Senator Ladoja dumped Accord Party in 2015 for the PDP and he later crossed to ADC before going to ZLP.

“When he was leaving Accord Party, he stated emphatically that the people would not hear about the party again in Oyo State, but to the glory of God, he has been proved wrong.

“He has been working underground that he wanted to return to Accord Party.

“If anyone wants to join the party, our door is widely opened. We are ready to take Senator Rasheed Ladoja back, but he must follow due process.”

STOP THE CAMPAIGN OF CALUMNY AGAINST JANDOR.