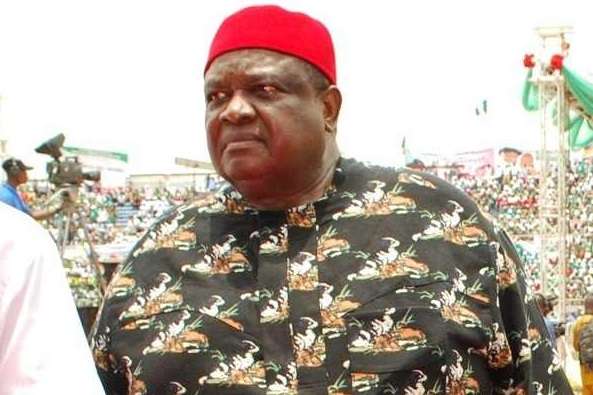 Emmanuel Iwuanyanwu, Pro-Chancellor and Chairman, Governing Council, University of Calabar, has advised the Federal Government to stop establishing more universities and enhance the standard of existing ones.

Mr. Iwuanyanwu gave the advice in an interview with the News Agency of Nigeria (NAN) in Atta Ikeduru, Imo, on Tuesday.

He said that instead of frequent approval of new universities, the government should concentrate on improving standards in the existing ones to produce quality graduates.

Mr. Iwuanyanwu said the standard of education in Nigerian universities had dropped when compared with what obtained more than 40 years ago.

“During our days in the University of Nigeria, Nsukka, before the outbreak of the civil war, Nigerian universities were rated among the top universities in the world but the situation today is something else.

”Government must do something to change the university system, ‘’ he said.
Mr. Iwuanyanwu said the quality of education was central to the advancement of the nation, adding that emphasis must be placed on specialisation by universities for expected gains in the education sector.

He expressed support for the restructuring of the country with a view to tackling corruption, repositioning the local government administration and power sector.

“I must commend President Muhammadu Buhari for his courage in embarking on anti-corruption fight.

“Buhari embarked on War Against Indiscipline as Head of State and now fighting corruption as a civilian president.

“All I want Buhari to do is to extend the anti-corruption fight to all sectors not at the level of leaders alone because a policeman collecting N50 from drivers on the road is involved in corruption.

“The one giving gift to somebody in office is also involved,” he said.
The pro-chancellor said there must be ethical revolution in order to eliminate corruption for Nigeria to get things right.

On the lingering petrol scarcity, Iwuanyanwu advised the Federal Government to construct refineries in all the 36 states as a way of ending the recurrent challenges associated with short supply of petroleum products.

50 percent of Okada riders in Lagos have gone back to farm – Communications minister, Adebayo Shittu